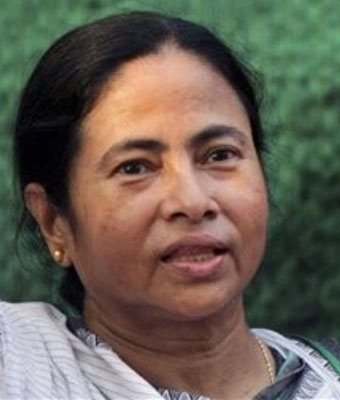 Now, with the Trinamool Congress government facing rough seas on the economic front, especially due to rising concerns over the state’s investment prospects and virtually stagnant farm growth, Didi, as Banerjee is called, is set for yet another interface with voters in this rural belt of Hooghly district.

The interface – a rally being organised April 6 by Trinamool’s trade union wing, INTTUC, a day before its state convention at Durgapur – assumes significance as it will come ahead of crucial panchayat polls across West Bengal in late April.

But then, much water has flown down the Hoogly. Singur, once a holy land for the Trinamool Congress, is far from being so today and Banerjee finds herself at the receiving end of the area’s wrath.

Banerjee had led the massive anti-land acquisition movement of peasants during 2006-2008 against the then Left Front government’s bid to acquire land for the Nano project of Tata Motors but Singur became a touchy issue for her after she became chief minister in May 2011.

Despite her promise to restore the land to “unwilling farmers” who had parted with it, there was an impasse following a bitter legal battle with the automaker and this made the peasants restive.

A large number of Singur farmers, who had not accepted the cheques given by the Left Front government for parting with their land, have been facing hard times.

Banerjee had conducted an administrative meet here last November and announced a host of beneficial schemes to pacify the farmers, who were eager to get back their land.

Against this backdrop, the opposition CPI-M left no stone unturned in attacking the chief minister, accusing her of letting down the poor agriculturists.

Besides, on the industrial front too, Singur is proving to be the firebrand leader’s Achilles Heel. Experts say that the state’s industrial prospects took a major hit after the Singur fiasco, which forced Tata Motors to relocate its small car plant to Sanand in Gujarat.

Despite the government’s several attempts to attract big ticket investments, entrepreneurs have so far given the debt-stressed state a cold shoulder.

Although the government claimed in the budget for 2013-14 that it had created more than one million jobs in the last two years, the opposition contested this, citing deteriorating investor sentiment and stagnant agriculture sector growth.

Amid the gloomy environment in terms of employment prospects in rural belts, it would be a challenge for the Trinamool to retain its vote bank in the rural body elections.

This time the electoral fight is likely to be a tough one for Banerjee’s party with the Congress, which had been her ally during the last assembly elections, severing ties with it last year.

Still, the Trinamool is hoping to turn things around for it from Singur itself, and is expecting a large turnout at the rally.

“Singur holds a very special place for Trinamool Congress. It was a turning point for our party. Our leader Mamata Banerjee had observed a 26-day fast there. It was a unique and unprecedented demonstration. We will organise the rally to pay our respect to that movement,” INTTUC state president Dola Sen told IANS.

Minister of State for Agriculture Becharam Manna said he was expecting some 200,000 to 250,000 people to attend.

“Didi is coming here after a long time. Thus we are confident of a huge gathering,” said Manna, a peasant leader who has emerged as the grassroots level face of the Singur movement.

(Mithun Dasgupta can be contacted at [email protected])