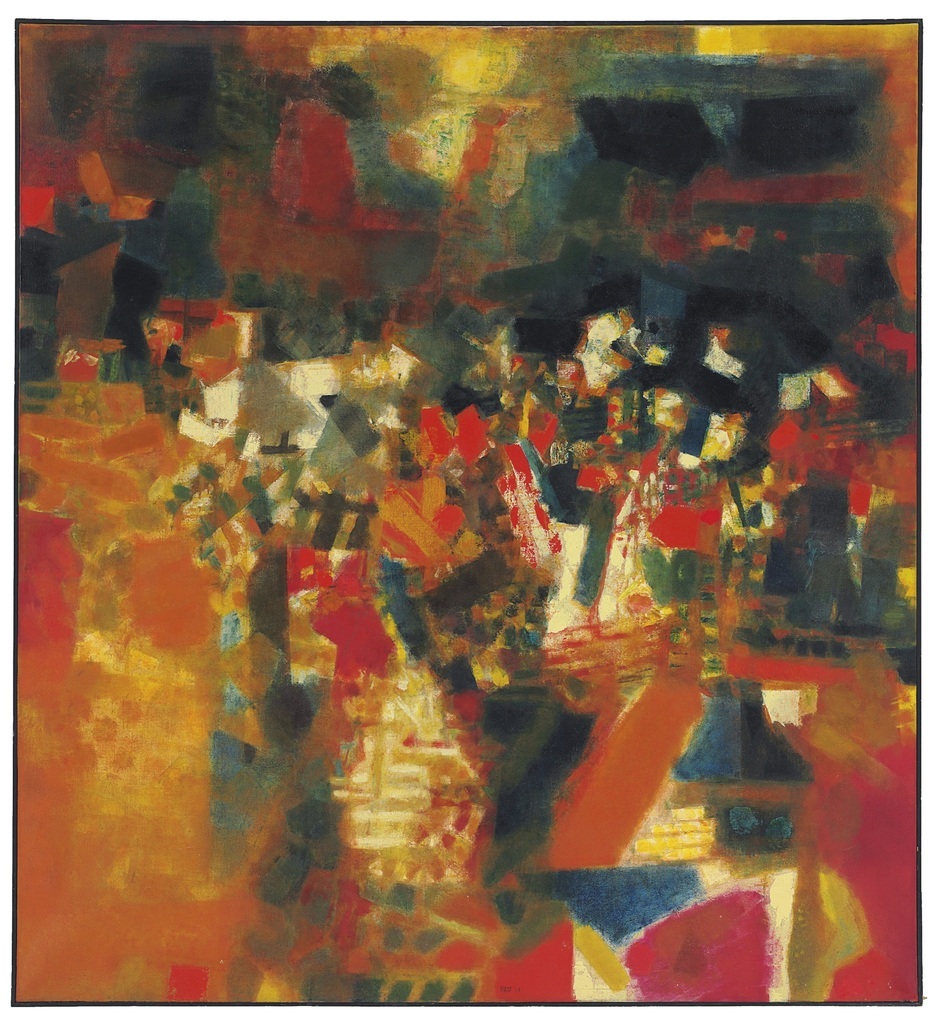 The landscape by Syed Haider Raza, painted in 1964 in oil, is a recollection of the days he spent in California in 1962-1963. After he returned to the south of France, he painted a village landscape inspired by his memories of the bright California sun.

The history of the painting says that “it is one of the earliest of his large-format and also one of the most significant by Raza”. The painting depicts the colours of a village festival in the tradition of European impressionism with structured layers of houses and streets arranged in bursts of bright colours. The landscape carries the sounds of India with drum beats, women and lush nature.

The chairman and international head of Asian art Jonathon Stone at Christie’s said the “auction this year wanted to raise awareness about the quality and provenance of Asian art and its finesse with opulent previews and non-selling exhibitions throughout the week”.

Beside the paintings, the sale saw spirited bidding for ancient Indian artefacts, Chinese and Japanese art. A large gilt bronze figure of Bodhisattva from Tibet dating back to the 9th century realised $2,811,750.

“People are more confident of buying works by contemporary and modern masters because their prices have not changed much in the last five years, but the prices of works by younger artists plummeted sharply because of the lack of demand for their works during meltdown,” Kolkata-based art and antiquity auctioneer Vikram Bachhawat told IANS, analysing the international auction trends.

“The interest in works by artists like M.F.Husain, S.H. Raza and F.N. Souza have pushed their prices past the million dollar mark. At an auction in September 2008 in the US, the market for Indian masters slumped, but it stabilised in 2009-2010,” Bachhawat said.

At the moment, “masters and historically important were at the top of the auction charts”, he said. “Masters are like gold liquidity. It is easy to translate them into cash. Younger artists are difficult to sell,” he said.

“Availability and quality of art play important role in international art auctions,” Delhi-based gallerist and curator Sunaina Anand said. “Auction sales are different from gallery sales because the auction audience is different. Only niche collectors and top line buyers have access to auctions. But all kind of people can walk into the gallery to buy a wide range of modern art, young masters, prints and so on,” Anand told IANS.

The gallerist said this year, artists like “Paresh Maity , Manu Parekh and Prabhakar Kolte sold better than many”.