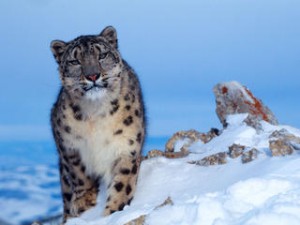 Dehra Dun : Call it an irony, but nothing seems to amaze when it comes to non-governance in Uttarakhand. A query under the Right to Information has revealed that the much publicized anti-poaching cell of the state forest department exists only on paper and no government directives for setting it up exist if the department records.

Uttarakhand is known not only for its bio-diversity, but also the fact that poachers have been very active in this small mountain state for years killing not only herbivores for the pot, but even tuskers for their ivory and leopards and tigers for their skin and organs that are in great demand in adjoining countries, where they are used for medicinal purposes.

Apparently a lot of furore has been raised time and again by wild life lovers over the rampant poaching that takes place in the forests of Uttarakhand, which has even caused embarrassment to the state government on its abject failure to control the poaching. It was perhaps to curb the fingers being raised at it that the anti-poaching cell was announced with much fanfare in 2004-05.

A senior officer of the state forest department was also made in charge of the cell and as of now, though the cell exists only on paper, the additional chief wild life warden is now supposed to be heading it. But, at the ground level, neither are there any guidelines for the cell, nor is there any budget or paraphernalia to make it practical or functional.

A reply to a query put by the state unit of People for Animal under RTI, from the office of the Chief Conservator of Forests (wildlife) that the office has no directives from the state government for setting up the anti-poaching cell and apparently its name is being touted to appease the wild life lovers of the state.