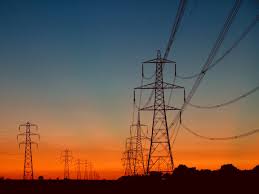 Hyderabad, March 30 (IANS) History appears to be repeating itself in Andhra Pradesh with the opposition parties closing ranks for state-wide protests over the severe electricity shortage and the proposed hike in tariff.

The Left parties and the main opposition Telugu Desam Party (TDP) have come together to pressurise the government to roll back the fuel surcharge adjustment (FSA), withdraw the proposed tariff hike and also to take concrete measures to tide over the severe power shortage.

This huge burden of over Rs.30,000 crore has been imposed on consumers in spite of the severe crisis gripping the state due to the fall in electricity generation and a huge increase in demand.

The TDP, the YSR Congress party, the Telangana Rashtra Samithi (TRS) and some small parties had come together to back an indefinite hunger strike on the issue by the leaders of the Left parties, which was forcibly ended by the police on the fourth day Tuesday.

About 30 leaders of the main opposition party, including 25 legislators, began the hunger strike at the Old MLA Quarters. The Left parties, which are backing the protest, have also called for a state shutdown on April 9. The TDP has declared support to the strike.

Going a step forward, TDP chief N. Chandrababu Naidu has offered to join hands with any opposition party except the YSR Congress as he blamed the late Y.S. Rajasekhara Reddy for the current power crisis.

The indefinite fast by the TDP leaders remind the people of the similar protest launched by then leader of opposition Rajasekhara Reddy, popularly known as YSR. The Congress leader’s fast and the subsequent ‘chalo assembly’ called by the Left parties marked the climax of a massive statewide protest against the then TDP government’s decision to hike electricity tariff in 2000.

Three people were killed in the police firing during the march to the assembly and after the Congress came to power in 2004 it built a memorial for the ‘martyrs’ at Basheerbagh near the assembly building. YSR also implemented his election promise of free electricity for farmers, a move which is blamed by many for the mismanagement of the electricity sector.

Naidu, who is on a ‘padyatra’ for the last six months, said Congress leaders, who raised a hue and cry when his government had imposed a small burden of Rs.1,600 crore on consumers, were silent on a Rs.32,000 crore burden imposed by their government.

Both the TDP and the Left parties have planned a series of protests from April 1. The YSR Congress has drawn up separate protest plans.

The opposition parties are not satisfied with the way the government responded to their concerns during the budget session of the assembly that ended Tuesday.

“We will not call off the fast until the government comes forward to absorb the entire burden of FSA, drop its proposal to hike the tariff and announce a policy to improve the supplies,” said TDP legislator R. Chandrasekhara Reddy.

Political observers say the opposition is keen to keep the heat over the electricity issue in the run-up to the Lok Sabha and assembly elections scheduled for next year. Inflated power bills have angered people, who are also reeling under four- to 12-hour power cuts daily due to an unprecedented gap between demand and supply.

Analysts say similar public anger, coupled with the crisis in agriculture, had led to the TDP’s crushing defeat in the 2004 assembly elections. The TDP is hoping to repay the compliment in 2014.

The Congress, on the other hand, is planning to keep the opposition busy with the byelections to some assembly seats and the local body elections, thus giving them no time to focus on their agitation.

(Mohammed Shafeeq can be contacted at [email protected])