Mumbai: Film and TV artists are known for hosting and enjoying lavish Holi parties, but this year, celebrities are endorsing dry and eco-friendly colours to combat with the severe drought situation that looms over many parts of Maharashtra.

Celebrities like Amitabh Bachchan, Vikramaditya Motwane, Ritesh Deshmukh and others are going all out to promote a dry Holi. 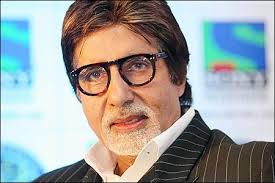 Big B took to Twitter to spread the word among his 4,670,000 followers, and posted: “Water shortage in Maharashtra … and it’s only March. What will happen in summer? Save water! Play a dry Holi!”

Popular host Mini Mathur tweeted: “Please urge everyone you know to enjoy a waterless holi. The mere thought of rain dances in the wake of the water crisis is creepy and tasteless.”

In fact, singer-actress Suchitra Krishnamurthy said she was invited to a Holi party with bottled water.

“I said distribute the bottles in drought-ridden areas instead. I’ve been struck off the guest-list,” she added.

Nevertheless, celebrities are doing their bit in saving water.

Filmmaker Sanjay Gupta, who hosts a Holi party at his residence every year, has scrapped his plan this year.

“Because of the drought in Maharashtra, I am not playing Holi this year. Every year I have a Holi party at my home, but this year there is severe water problem, so this time we have decided not to play Holi. People are saying that play dry Holi but what’s that, I don’t understand. So it’s better not to play,” Gupta said here.

Filmmaker Sudhir Mishra said: This time on Holi, don’t use water. Play Holi without water because there is a drought.”

For “Vicky Donor” actor Ayushmann Khurrana, efforts to save water are important on this festival.

“There is a lot of scarcity of water in Maharashtra. I would only say that we should celebrate Holi without water and save water. Besides, it’s not just about Holi, we have to first turn off taps in homes,” he said.

“Water is our most precious resource that we have. It’s a shame and it angers me when I see its wastage. Definitely, we have to save it because if you don’t, it’s going to go away and we all will be basically dead,” he added.

TV actress Soumya Seth, who plays Aradhya in “Dil Ki Nazar Se… Khoobsurat”, comes from Benares and is used to playing Holi with dye colours, but she too will go dry this time.

“I’m aware about the conditions of Maharashtra districts. Almost 11,000 villages are facing water crisis and 3,905 villages have suffered more than 50 percent crop loss. I am doing my bit and I strongly want everyone to do their bit,” she said.