Vishwaroop, the Hindi version of the controversial Tamil movie Vishwaroopam is another war-packed movie that portrays the protagonist leading the war against Islamic terror.

The movie sets out in America where the central character Vishwanath (Kamal Hasan) resides with his wife Nirupama (Pooja Kumar), a PhD in nuclear science. 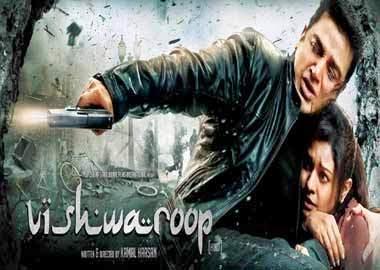 Vishwanath is an undercover RAW agent who lives under the disguise of a cissy Kathak exponent running dance classes in New Jersey. As the events unfold Nirupama discovers Vishwanath is actually a Muslim (Wasim Ahmad Kashmiri) not Hindu who had some links with Al-Qaida terrorist Omar (Rahul Bose) in the past. Omar is plotting to bomb the New York City.

Kamal Hasan is too commendable in the movie. It would not be an overstatement to say Kamal Hasan is the actual guiding soul behind the movie. His switch from dancer to RAW agent is too exemplary and beguiles warm approbation from the audience especially in the combative sequences. 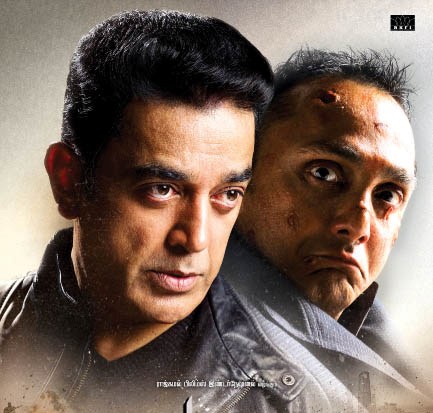 The ease with which Rahul Bose plays the role of terrorist is unbelievable. He proves his class yet again with this movie. His regular presence in the Hindi movies would surely be better for Bollywood. Pooja Kumar played her part tremendously well as it requires something special to stand against the actor in stature of Kamal Hasan.

The movie is shot in true Hollywood style and the best part is that it has been pulled-off reasonably well without any major glitches. The trio of Shankar-Ehsaan-Loy comes up with a restful backdrop score.

The extensive research done on the script is clearly visible though some scenes in the second half could have been compromised without disturbing the narrative of the film. The writing towards the end could have been more persuasive as it seems to get bit sluggish and unclear.

The sequel to Vishwaroop looks all certain in the way movie ends.

Sanu Varghese’s cinematography is unrivaled by any standards and people must watch the movie for the consummate camera work. Most interestingly the sequences of Afghanistan have been actually shot in studios but for Sanu’s supreme camera work very few would be able to make out the reality. Some scenes remind of “Hurt Locker” but that is only a resemblance.

Regarding the controversy, barring some scenes where the Islamic phrase “Allah Ho Akbar” is unnecessarily chanted by the terrorists, time and again there is nothing in the movie that could cause transgression or offense to anyone. The scenes where the terrorists have been shown offering namaz earlier than going in for an attack could have been restrained a bit too. However, the act has been balanced via depiction of hero offering namaz ahead of the deciding battle with the terrorists.

For all those that have fashioned unwanted hullabaloo in Tamil Nadu regarding Coimbatore’s contentious mention, the city finds no indication whatsoever in the movie.

The film is surely a onetime watch. The movie could easily feature in the list of Hasan’s best ever like Moondram Pirai, Nayagan, Sadma, Hey Ram and Appu Raja. For all the “thriller-movie” buffs, Kamal Hasan has a real magnum opus on proffer this time.

**Vishwaroop gets 3 stars on a scale of five from Hillpost.