Washington: Describing India as one of America’s “most trusted and valuable partners” in the Asia-Pacific region, a senior US official has said it would serve as the foundation for greater regional economic cooperation and expansion. 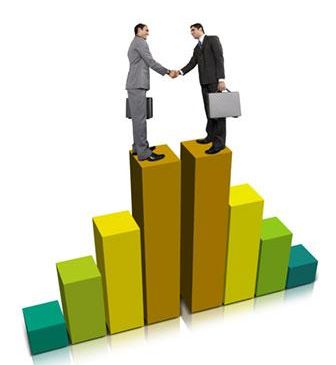 “Our relationship from our burgeoning trade, to defence sales and exercises, to our growing education and clean energy partnerships has never been stronger,” Robert Blake, Assistant Secretary of State, told a House panel Tuesday during a hearing on “The Rebalance to Asia: Why South Asia Matters.”

Noting that 80 percent of the infrastructure required to sustain and support India in 2025 by when India is projected to become the world’s third-largest economy, has yet to be built, he saw an enormous business opportunity for the US.

“So we see an enormous opportunity in this growth to deepen our commercial partnership with India, working together with American companies to build the airports, power plants, water and sanitation systems, and fibre optic networks of India’s future,” Blake said.

The US, he said, was “bullish on the future of this region, but we are also clear-eyed about the challenges that we face-terrorism such as we saw last week in Hyderabad; regional rivalries; nuclear proliferation; refugees; human trafficking and the potentially catastrophic effects of global climate change.

Ami Bera, the only Indian-American member of US Congress, said the US-Indian relationship is critical and vital to the US both economically and strategically particularly at a time when Washington was going to be drawing down its troops in Afghanistan.

Democratic member Eni Faleomavaega suggested that the US begin a dialogue with Gujarat chief minister Lalit Modi “who may well be the next prime minister for India.”

Modi, he said “has led to a decade of unprecedented growth and development in Gujarat, a key state which has contributed considerably to India’s economy and development.”

“Companies like Ford and General Motors are setting up factories in Gujarat, and in a move that promises to strengthen US-India relations now and in the years to come,” Faleomavaega said.