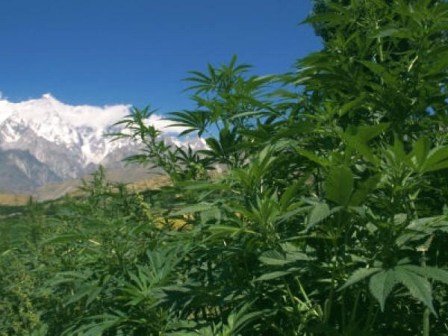 New Delhi: An MBA student from a wealthy family here drew a lot of attention at a nightclub due to his antics. Minutes later, his unruly conduct led to a brawl and a visit to a police station.

The youngster even beat up a policeman. That night, his parents came to know that their son was smoking marijuana or ganja, a psychotic drug which can prove lethal.

Deaddiction experts and psychiatrists say an increasing number of youngsters, including women, are getting hooked to marijuana in their early college days. The parents remain in the dark.

Many of them land in rehabilitation centres before they turn 30.

“As many as three in 10 people seeking detox, rehabilitation and deaddiction help are students addicted to marijuana,” said senior doctor Gorav Gupta of the Tulasi Psychiatric and Rehabilitation Centre, a south Delhi detox facility where the troubled MBA student finally overcame his addiction.

Most users of ganja or weed – as it is popularly known – think it has medicinal properties and is harmless.

“But people need to think twice about using marijuana because it can affect brain development and result in chronic mental illnesses like schizophrenia,” Gupta told IANS.

Clinical psychologist Ranjeet Singh, who works for the rehabilitation of drug addicts, added: “A majority of marijuana users tell us that they got initiated into it in colleges.

“It starts with one ganja cigarette and its frequency increases through the productive years of an addict,” he said.

Gupta warned that the short-term effects of marijuana included immediate and temporary changes in thoughts, perceptions and information processing.

Experts warn that youngsters who smoke ganja lose their mental balance and resort to absurd reasoning to defend their addiction.

“Some say this is not a hard drug; others claim it is a plant product and so it is harmless. Some even cite mythological references to justify its use,” said Ruchika Kumar, an administrator at a private detoxification help centre in Delhi.

“In many cases, parents fail to spot the erratic behaviour of their ganja-smoking children. Some tell-tale signs are the tendency to stay away from home and excessive partying,” said Gupta.

He said a ganja-laced cigarette spews smoke that has a peculiar and pungent smell, very different from a normal tobacco cigarette.

“Parents who know that their ward is a smoker need to react if they notice such pungent smoke around their children’s rooms or belongings.”

Gupta said that emerging from marijuana addiction is possible with expert help.

“It needs discipline and the family’s emotional support. “The results come fast among addicts who remain motivated.”

In Delhi, there are about two dozen rehabilitation centres for narcotics-induced psychosis, as drug dependence patients are referred to, including both in government and private hospitals and NGO-run centres.

A three-month deaddiction course at an upscale private centre costs up to Rs.2.5 lakh ($4,500).

Carrying one kilogram of ganja can fetch a jail term of six months’ rigorous imprisonment or up to Rs.10,000 in fine.

This can go up to 10 years if the quantity is between one and 20 kg. An addict can get two grams of ganja for Rs.100-200 in most cities, including Delhi.
–IANS