Though Valentine’s Day originally did not have anything to do with love, today it’s the symbol of romantic love. The phenomenon of love can be explored from multiple lenses like biological, emotional and mental levels. 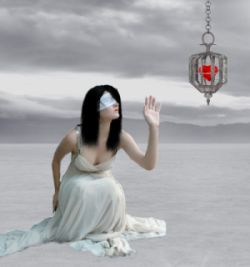 The Michael Bolton-Percy Sledge song, “When a man loves a woman” talks about how obsessive one could get in love. “Every Breath You Take” by The Police too is a popular song and its lyrics warn: “Every breath you take, every move you make, I’ll be watching you.”

While, taken literally, the first song is mushy and can only be sung with someone low on self-esteem, the second tells of a scary hyper-surveillance.

At the beginning of a hot and heavy romance, though, it could be flattering to be the most important person in the lover’s life. Romantic love can be obsessive. The same brain areas involved in romantic love are linked to drug addiction. So when singers talk about love being a drug, they aren’t so far off the mark.

One way to understand man-woman love is to look at the brain structure. The human (new brain), Limbic (emotional/mammalian brain) and the instinctive (reptilian brain) offer clues that help us understand love.

The human brain is the recently evolved brain that says: “I need to have a partner with whom I could spend my whole life and die like how they died in the movie “Notebook”; or I want to be with someone with whom I could gaze at the stars and tell stories.”

The limbic brain would say: “I want to be with someone who will rock my world and make me intoxicated with his or her touch.”

The three brains exist in us all, and generate conflicting agendas.

The limbic and reptilian brains act upon certain drives like sex (reproduction), survival (safely, protection etc), power (being important, influential), popular (being liked, supported, protected etc) and parental instinct (being protective of people who are close).

Flirting can be a behaviour meant to satisfy the sex drive, or the power drive (being liked by people who have power) or just a craving to be popular. And most people might need to negotiate these different pulls and instincts.

Another way to look at love is to understand our mental models and frames related to love: Husband-wife, boyfriend-girlfriend, rich man-mistress or concubine, Platonic lovers.

While it is completely natural for our mind to wander and ponder the meaning of a relationship, usually we are only able to do so through these existing models that are available to our pre-conditioned brain.

These mental models produce certain archetypes. We all tend to favour an archetype, which becomes our projection. This could either supports a relationship or destroy it.

One of the oldest archetypes is man as protector-provider and woman as supporter-cheerleader. If people with such notions find the relationship not conforming to these models, the relationship might flounder.

Another common archetype is of travellers on a journey: Both partners take equal responsibility in earning and looking after children. In such a model, trouble appears when one partner is not able to play the equal role.

There is also the Great Friends model, where being together is important and partners are flexible in their roles. One partner might take a sabbatical while the other does the earning; one might decide to travel on a shoe string budget and offer the other freedom too. In such a model, trouble pops up when the two begin to drift apart.

Neuro-scientists look at love from the perspective of changes in the brain. A neuro transmitter called dopamine in an area of the brain called the basal ganglia has been identified as the thing that causes the love emotion.

But dopamine does not work alone. There are a variety of other neurotransmitters, hormones and chemicals that also play a role in making us love-crazy and love-addicted – chemicals like oxytocin, vasopressin, glutamate, estrogen and testosterone that can work directly and indirectly on our brains and influence our behaviour.

This explains why lovers can talk the entire night, walk till dawn, write extravagant poetry, cross continents or oceans to hug for just a weekend.

Drenched in chemicals that bestow focus, stamina and vigour, and driven by the motivating engine of the brain, lovers could experience life with a single agenda, to be with the lover.

Whichever lens one uses to understand the phenomena called love, it’s true that love has enormous power to drive people to do extraordinary things; at the same time, it could destroy the psychological makeup of an individual.

So here’s advice meant to go unheeded — there is need to be careful in love!