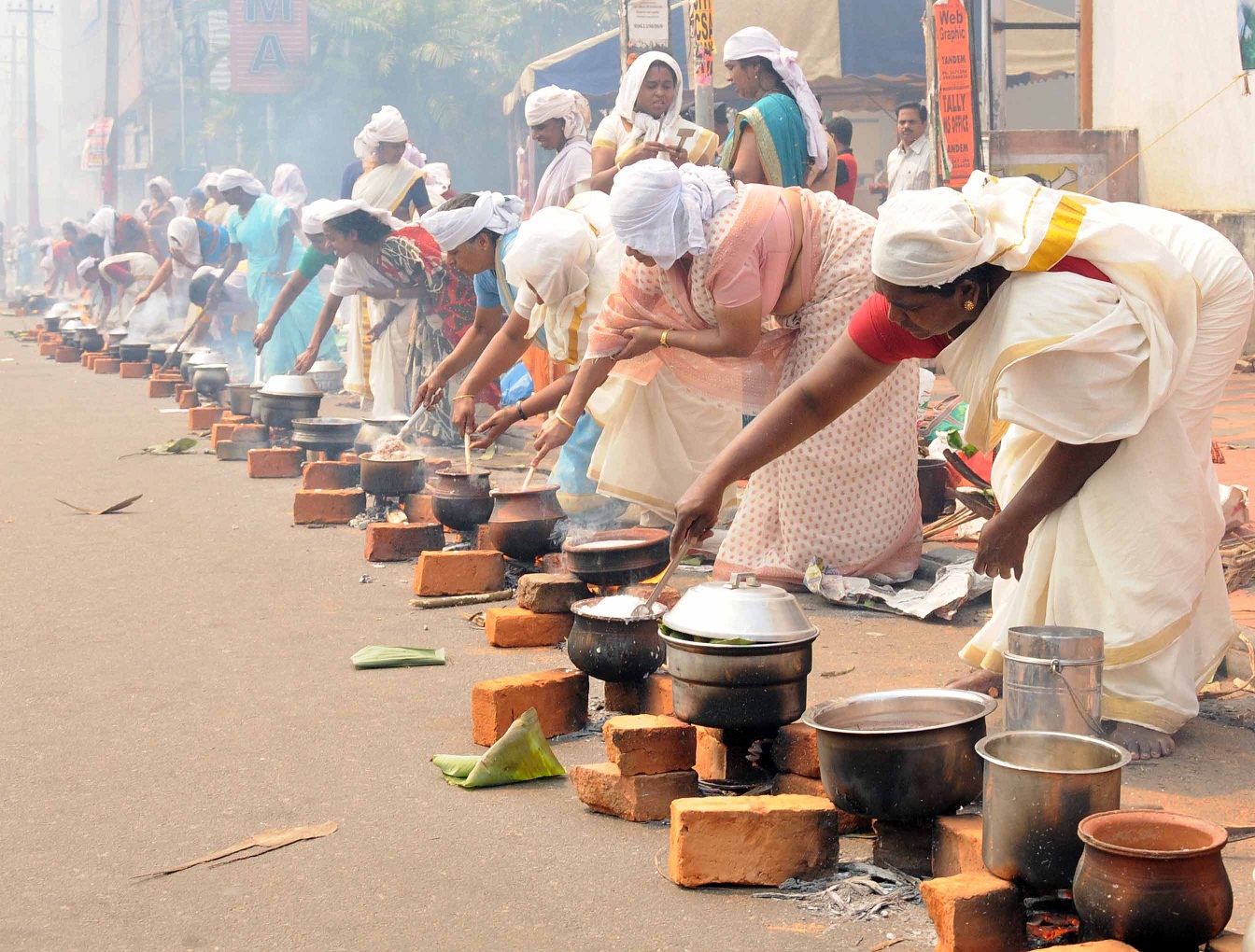 The women lined up on either side of the roads in the capital city to cook their offering (“pongala”) on makeshift stoves of bricks and firewood at the famed Attukal Bhagawathi temple.

“I have been coming here for the past three decades and believe me, this is the biggest crowd I have ever witnessed. Of course the Devi here is so powerful and she is so sympathetic to hear our woes and gives us solace,” said retired teacher K. Gomathy Amma who hails from the city suburbs.

This event has been billed by Guinness World Records as the single largest gathering of women in the world.

“The crowd have swelled and this time from initial reports, we expect a record four million women devotees to cook offerings as part of the Pongala festival today (Tuesday),” said an office bearer of the temple.

Attukal Bhagavathi is believed to be an incarnation of Kannaki, the central character of the Tamil epic “Silappathikaaram”.

The “pongala” event marks the penultimate day of the 10-day-long festival, often referred to as the equivalent of the Sabarimala pilgrimage for women.

A pipe burst in the main water line to the capital city left the administrators high and dry Monday evening. Chief Minister Oommen Chandy called a cabinet meeting and assured full assistance and some 50 water tankers were pressed into service Monday night.

The state government has declared a holiday Tuesday for all educational institutions and government offices here. 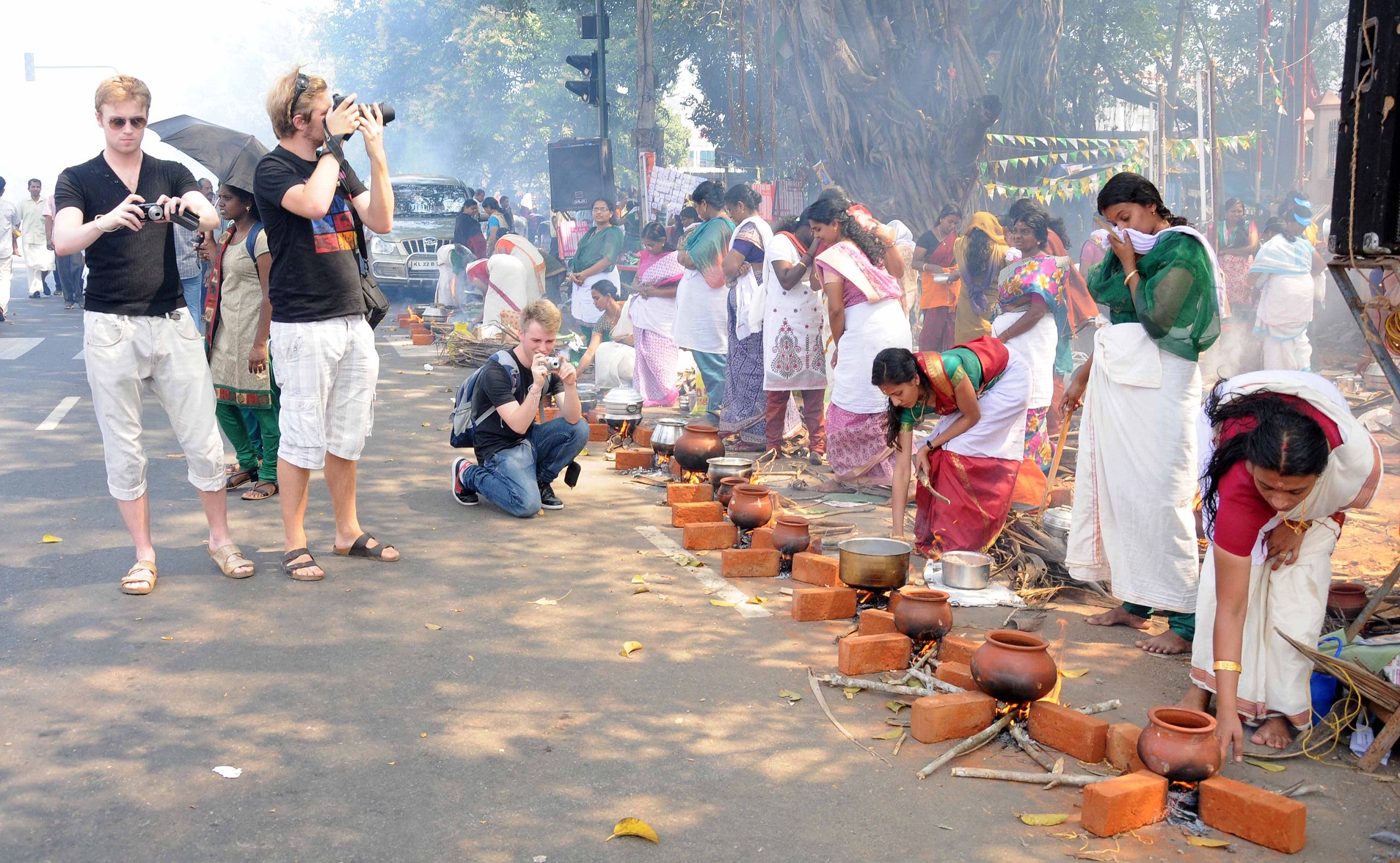 Also present on the occasion was Coordinator at the Sophia University in San Francisco, US, Diana Janet.

“I was here for the first time in 1993 and since then several times I have been here and every time I arrive for this festival, am amazed in the increased participation by women devotees,” said Janet.

Like Janet, other foreign nationals took part in the festivities.

The rituals have begun and around 10.45 a.m, the chief priest of the Bhagavathi Temple will light the makeshift stove with fire brought from the sanctum sanctorum of the temple. 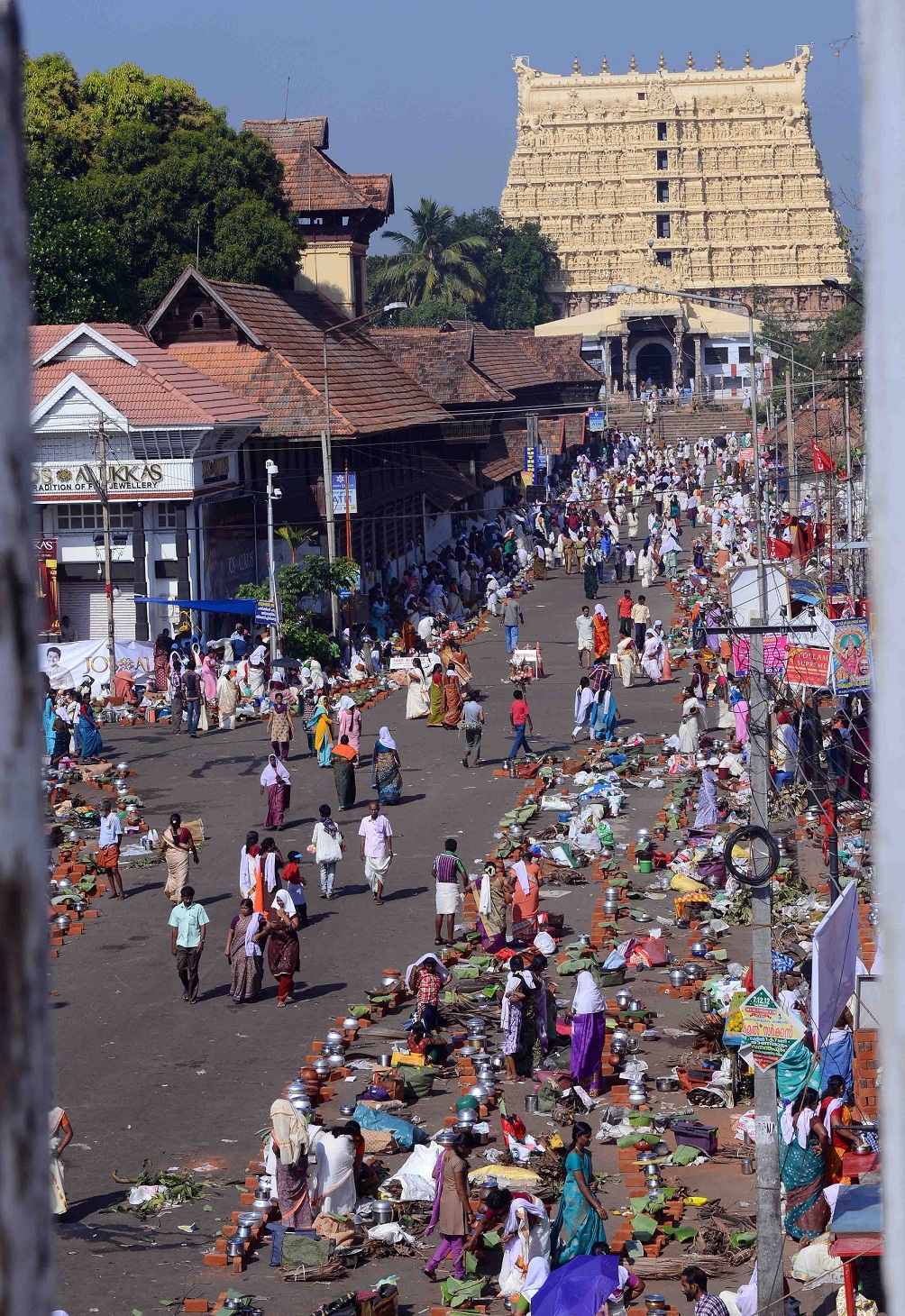 The fire the priest lights is then passed on to the stoves of women who line up on either side of the roads.

The offering is prepared using rice, jaggery and coconut, boiled on low heat for about four hours; Brahmin priests spray sacred water from the temple on the cooked rice, and the women then pack their offerings and begin their journey home around 2.30 p.m.