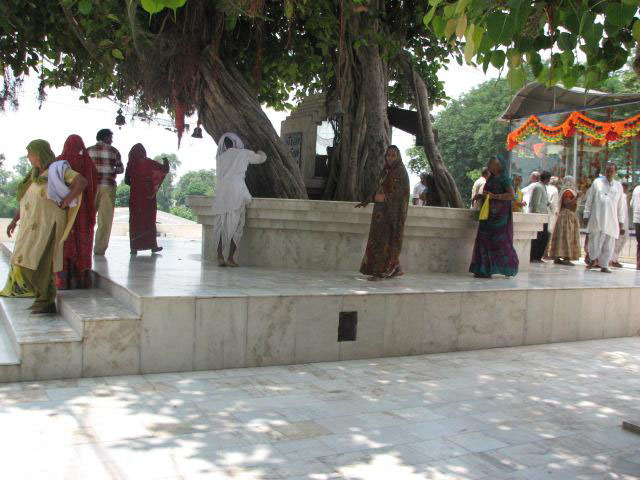 Kurukshetra: There is relief in sight for a decaying ‘holy tree’ at a spot in Haryana’s Kurukshetra town where Lord Krishna is believed to have given the message of the Gita to Arjuna, with forestry experts exploring ways of reviving the nearly century-old banyan tree.

Pathologists and botanists from the 107-year-old Forest Research Institute (FRI) in Dehradun have prepared a blueprint to revive the holy tree at Jyotisar, employing the expertise acquired by them through similar tasks at the Mahabodhi Temple Complex in Bihar’s Gaya district, the Shirdi Saibaba temple in Maharashtra and the Ta Prohm Temple in Cambodia, according to officials.

“Our team has visited the spot and chalked out a revival strategy on the request of the Kurukshetra Development Board,” said FRI Director P.P. Bhojvaid.

According to N.S.K. Harsh, head of the forest pathology division of FRI, an institution under the union environment and forests ministry, the holy tree at Jyotisar, over 150 km from Delhi, is suffering the most due to a marble stone structure around its root.

“The marble flooring and platform around the tree are not allowing water percolation and gaseous exchange, suffocating the roots,” he said.

We have informed the Kurukshetra board authorities about the threat to the tree due to lack of free space for root expansion, he said.

The tree, which stands beside a pond, is also the focal point of a popular sound and light show at the spot and is suffering due to the wires, speakers and the lights strapped around its branches, he said.

“Chains, bells and signboards that have been tied or nailed to it are causing injuries. Plucking of aerial roots and bark and etching of names by unscrupulous devotees are also causing damage,” said Harsh.

The ignored holy tree’s stem gives hollow sound, on being struck with a hard object, indicating the spread of fungal decay from base upwards, the pathologist said.

But things may soon start looking up for the ailing banyan tree.

“We plan to offer a micro-nutrient treatment for the tree, besides the removal of the marble structure around it for allowing its aerial prop roots to get a footing for longevity,” said Harsh.

Chains wrapped around the tree’s branches and a net covering its canopy may also be removed for allowing natural growth.

“The tree is leaning on one side and is not balanced as a result of improper growth of the canopy,” he said.

The rescue act may also involve treating leaves for diseases that have caused premature defoliation, he said. 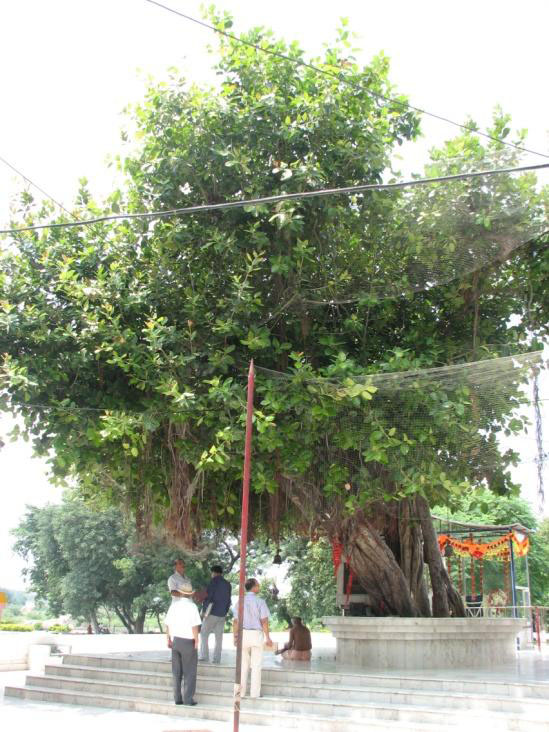 Bhojvaid said similar rehabilitation tasks were performed by FRI experts at Gaya to rescue a stressed 100-year-old pipal tree at the Buddhist temple close to the spot where Lord Buddha attained enlightenment.

The 25-metre-high tree at the temple, dating from the 5th or 6th century, was rescued by Harsh and his colleagues from decay caused from plucking of leaves, disease and stress on roots.

A neem and a pipal tree at Shirdi where Saibaba offered prayers have also got a fresh lease of life under FRI experts’ supervision.

In Cambodia, over 120 trees that had grown on walls and roofs of ancient temples in Ta Prohm were rehabilitated by FRI experts and protected from the wear and tear caused by the presence of over 10 million tourists who visit the spot in a year, Harsh said.