Shimla: Less than three years after the then ruling BJP gave Baba Ramdev a chunk of prime land on lease in Himachal Pradesh, the state government Wednesday initiated the process to take it back. 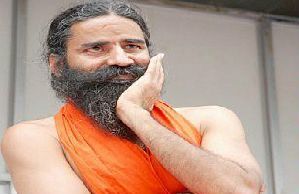 The development is significant as the Congress, then in the opposition, had accused the Prem Kumar Dhumal-led BJP government of violating statutory provisions in extending favours to Baba Ramdev and Aam Aadmi Party leader Prashant Bhushan and enabling them to purchase land.

“Instructions have been given to the deputy commissioner to take back the possession of the land allotted to Baba Ramdev in Solan district,” Revenue Minister Kaul Singh Thakur told.

He said the cabinet late Tuesday decided to revoke the land lease of the yoga guru as there were violations of land use norms.

The cabinet, presided over by Chief Minister Virbhadra Singh, took the decision to cancel the allotment of 96.5 bigha of land near Sadhupul in Solan district to Baba Ramdev for setting up a herbal garden and a branch of his Patanjali Yogpeeth. The land originally belonged to the erstwhile royal family of Patiala.

The Bharatiya Janata Party (BJP) government in 2010 gave the land to Patanjali Yogpeeth for a payment of Rs.17 lakh and a 99-year lease at a token annual fee of Re.1.

Reacting to the government’s decision, former chief minister Dhumal told that the land was allotted to Baba Ramdev after following due procedure.

“The Congress leaders are just trying to derail the ongoing projects and schemes. They have failed to get any financial package from its own government at the centre. They seem to be more keen in cancelling decisions of the previous government,” he said.

First of all, he said, the land could not be given on lease to Ramdev’s trust, which is a commercial organisation. Second, the lease was signed in the name of Acharya Balkrishan, who is allegedly of Nepali origin, and facing a CBI probe. Third, the land, donated by former Punjab chief minister Amarinder Singh’s family to the government in 1956, was meant only for setting up the Indira Holiday Home for Children.

“Even the trust has failed to achieve milestones like completing construction work within two years,” he added.

“If there is any violation, we will take action,” Kaul Singh added.

According to the state’s laws, land-use of a tea garden could not be changed.

It was alleged that the land, worth several crores of rupees in Palampur in Kangra district, was given to the educational society, comprising members of the Bhushan family, for just a few lakh rupees.

“The onus for any case of illegality lies with the previous government, not Ramdev’s trust,” Sharma said.

He said the foundation stone of Patanjali Yogpeeth was laid by Baba Ramdev June 20, 2010.

“As per the agreement, we have completed construction of ‘yog bhawan’ and a treatment centre. The procurement of herbs from local growers by Patanjali Yogpeeth will also start from Feb 27,” he added.