Manali: Exotic sport of heli-skiing in Kullu-Manali valley takes off on Saturday morning (2nd Feb, 2013) even as foreign tourists booked for a week long stay in the resort township here are forced to take a road or train journey to Chandigarh, before a helicopter pickup is arranged, as there are no flights operating to Kullu airport.

“With there being no flights operating between Delhi-Kullu, our 9 week heli-skiing schedule has been upset and it would only be a shortened 7 weeks season, this year” says Manjeev Bhalla, managing director of Himalayan Heli Adventures – the company that has been operating in Manali valley for about two decades.

With a shortened season to conduct the exciting sport in the high altitudes of Kullu-Manali mountains, the weekly schedule has been a sell out to international tourists, who fly from continent to continent to take part in this rare sport. 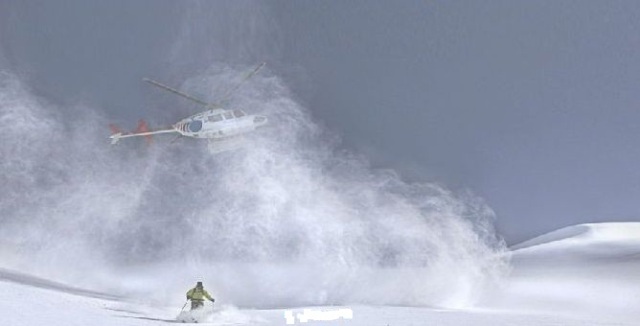 With snow being bountiful this winter, the skiing operations were to begin on January 18, but logistics had to be re-worked as air connectivity to Kullu valley has not been restored after Kingfisher Airlines stopped operating flights on the route in September, last year.

“We have hired two BC Euro helicopters to conduct heli-skiing and in all there would be about 100 guests, over the 7 week schedule, who would be able to enjoy quality powder and corn snow skiing in the big mountains. The helicopters are manned by Swiss pilots,” said Bhalla.

“We the arrival of first batch of 9 heli-skiing guests, the years seasons for the high thrill adventure sport gets underway tomorrow morning,” said Bhalla.

However, the sport has its share of ups and  downs in the past. With an helicopter having crashed in the high mountains, operations for two years, in 2007 and 2008, remained suspended.

Heli-skiing was introduced in the country in 1992, when Australian Everest climber Roddy Mackenzie, was granted a license as an operator of the high end adventure sport in Manali area by Himachal tourism.