Dehra Dun : The doors of the Gangotri temple, at a height of 3100 metres, will open for the devotees on May 13 after having been closed for the winters. The doors will open at 2-25 p m according to secretary of the Samiti, Suresh Semwal. 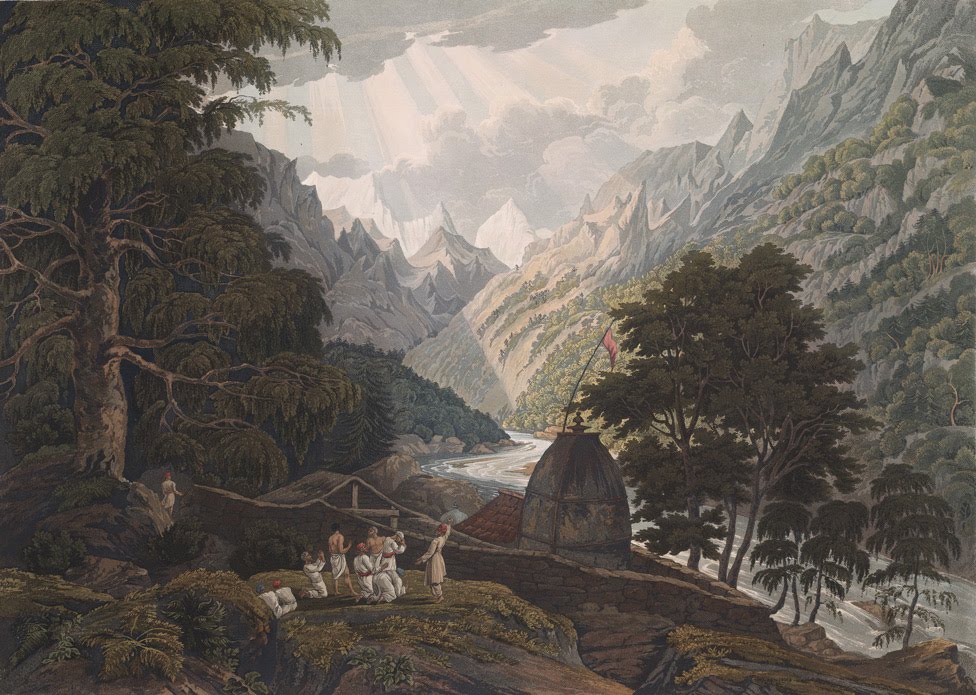 He said that the idol of the temple which is taken to Mukhba for the winters, will be brought back to the Gangotri shrine on May 12. It will be taken out of the Mukhba shrine at 9-50 a m and will be taken in a procession to the temple at Gangotri.

Gangotri, the origin of the River Ganges and seat of the goddess Ganga, is one of the four sites in the Char Dham pilgrimage circuit. The original Gangotri Temple was built by the Gurkha general Amar Singh Thapa. The river is called Bhagirathi at the source and acquires the name Ganga (the Ganges) from Devprayag onwards where it meets the Alaknanda. The origin of the holy river is at Gaumukh, set in the Gangotri Glacier, and is a 19 km trek from Gangotri.

According to Hindu mythology, Goddess Ganga took the form of a river to absolve the sins of King Bhagiratha’s predecessors, following his severe penance of several centuries.

As per legend, King Sagar, after slaying the demons on earth decided to stage an Ashwamedha Yajna as a proclamation of his supremacy. The horse which was to be taken on an uninterrupted journey around the earth was to be accompanied by the King’s 60,000 sons born to Queen Sumati and one son Asamanja born of the second queen Kesani.

Indra, supreme ruler of the gods feared that he might be deprived of his celestial throne if the ‘Yagya’ (worship with fire) succeeded and then took away the horse and tied it to the ashram of Sage Kapil, who was then in deep meditation. The sons of the King Sagar searched for the horse and finally found it tied near the meditating sage. Sixty thousand angry sons of King Sagara stormed the ashram of sage Kapil. But when the sage opened his eyes, the 60,000 sons had all perished, by his curse.

Bhagiratha, the grandson of King Sagar, is believed to have meditated to please the Goddess Ganga enough to cleanse the ashes of his ancestors, and liberate their souls, granting them salvation or Moksha.

President of the Samiti, Bhageshwar Semwal, however, was of the view that the Uttarakhand government should take immediate measures to improve the condition of the road leading to the Gangotri shrine.The pilgrims have just six months to come to the temple during the summer months, but due to the bad condition of the road, it is almost impossible to reach the temple during the rains, which limits the time for ‘darshan’ to just about two months in a year, he claimed.