Himachal Pradesh is endowed with a peculiar climatic zoning which inherently supports agri-entrepreneurship opportunities for a farmer with small landholding.

Although the organization of farmers has been facilitated by the state apparatus inform of large number of self help groups but barring few exceptions like Lahaul Potato growers co-operative society, the pattern of farm groups is entirely sectoral based. 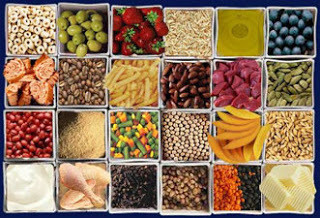 Every line department “commandeers” separate sets of farmer groups with fanciful names tagged to them. The rural development machinery is busy in doling out finance to 11610 self help groups under SGSY from 1999 onwards, for encouraging vocations as diverse as dairy and aromatic plantation in each of these groups.

Besides, a plethora of such state harnessed groups rather than self help (popularly known as SHG) groups are being mentored by the animal husbandry and agriculture departments.

The sector specific group approach to extension has resulted in a production glut for various crops like apple, honey, turmeric, and ginger, off season vegetables, wool and meat.

However, owing to diffused production pockets and low density of commodity specific farm units in a geographical agro-climatic zone, the processing and marketing of the cash crops is completely under the clutches of trader middlemen.

The cash crops in Himachal command a niche premium in the national agricultural market because these are produced in semi-organic conditions and soil composition does not require massive dosage of chemical fertilizers to obtain viable yields.

The unavailability of market intelligence coupled with weak bargaining capacity of individual farmers exposes him to the specter of distress sale due to commercially motivated misinformation by market actors.

The existence of induced diversity in organizational profile of these farmer groups renders them incoherent in terms of marketing because every member of such an agrarian community adopts separate farming activity.

An individual in such synthetic cluster engages himself in raring dairy animals while another earns his livelihood by growing off season vegetables in his poly house.

Heterogeneity in farming may enable achievement of agro-financing targets but deals a severe blow to market management potential due to output isolation.

In this era of liberalized economy and global market, the manipulation in commodity pricing is a fait accompli. However, producer driven fluctuation in agricultural market always enriches the farmer at the cost of middlemen.

Farmers can dictate the mammoth food bazaar with clinical precision if armed with best quality of market intelligence and trading empowerment is essentially a function of voluntary group approach whereby the producers of a commodity organize themselves in cartels without intervention of state.

Such indigenous farm bonding based on a specific product can be enabled if agri-producers innately join together for selling their produce after worthwhile value addition on their own.

The maximum pilferage of agrarian profit margins is accomplished by middlemen under the pretext of value addition. Therefore, techno-processing with attractive packaging at community level is the sole remedy to deflect hefty margins towards the farm producers.

The moment is ripe for applying a hidden stimuli to farmers of premium crops like ginger, turmeric, honey, apple and organic milk in Himachal, so that the producers of these niche agro-products converge on a common marketing platform inform of commodity interest groups.

A paradigm shift from generalized self help groups to commodity interest groups should be the main focus of agricultural extension policy in Himachal Pradesh if the quality cropping on small land holdings of the hill state is to usher in a blessing in disguise for impoverished farmer of this hill state.