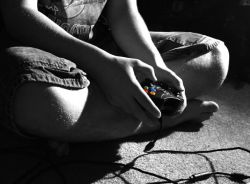 It was observed if cases were assessed based on imported criteria developed for groups with different cultural and social backgrounds, it could result in misdiagnosis.

Statistics from the China Internet Network Information Centre show, the country online gaming population was estimated at around 330 million last June, and approximately 150 million of the Internet users are believed to be below 19 years of age.

China’s online gaming industry took in revenue worth 24.84 billion yuan ($4 billion) in the first half of 2012.