New Delhi: Amid high expectations of reversing the sharp slowdown in growth, Finance Minister P. Chidambaram presented India’s 82nd budget in the Lok Sabha Thursday, saying that challenges remained but there was no need for gloom. 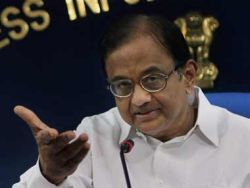 The finance minister began his speech by seeking the support of all stakeholders in helping navigate the Indian economy through the current crisis. He said getting back to high growth rates of over 8-9 percent seen some years ago was the main challenge.

“We have done it before. We can do it again,” Chidambaram said, in what was his eighth budget and the last before the general elections slated next year. “Whatever may be the final outcome, growth is below potential. But there is no need for gloom.”

Chidambaram said the Indian economy was today constrained by three factors: high fiscal deficit, slow growth and high inflation. “My greater worry is current account deficit,” he said, alluding to the high oil import bill the country has been burdened with.

“India will need $75 billion to finance the current account deficit,” he said, adding that this could only be done by attracting foreign direct investment in large amounts.

“India does not have the choice in either welcoming or spurring foreign investment,” he said, adding that projects will be cleared fast without worrying much over audit remarks and doing business in India will be seen as easy and mutually beneficial.

The finance minister said a whopping Rs.16.65 lakh crore (Rs.16.65 trillion or nearly $300 billion) would be spent under plan expenditure during 2013-14, which will be 30 percent higher than the outlay for this fiscal.

“I have provided sufficient funds to each ministry.”

Besides, outlays were enhanced for human resource development, midday meal scheme, food security and integrated child development, while new schemes were announced to promote micro nutrients and encourage the use and repayment of farm credit.

The finance minister gave a lot of attention to infrastructure development and said the ensuing year will kick-start the process to invest $1 trillion in this key area during the 12th Plan period (2012-13 to 2116-17).

His measures included a regulatory authority for the road sector, scheme to spruce up the financial health of state-run power utilities and issuance of tax-free bonds.