New Delhi: Finance Minister P. Chidambaram was set to present India’s 82nd national budget in the Lok Sabha Thursday that will be the eighth such personal exercise for him — two short of the record of 10 set by former prime minister Morarji Desai. 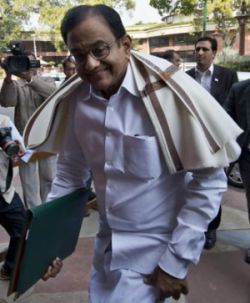 Among them, Morarji Desai presented eight normal and two interim budgets, which had taken his tally to a record 10 — this remains unchallenged so far. Thursday will see Chidambaram equal the eight-budget track record of his predecessor, Pranab Mukherjee, who is now president.

The next in line in terms of number of budgets presented are R. Venkataraman and H.M. Patel with three Budgets each, while Jaswant Singh, V.P. Singh, C. Subramaniam, John Mathai and R.K. Shanmukham Chetty have two each to their credit.

Among those who have presented one budget each all as prime ministers holding additional charge of the finance portfolio are Jawaharlal Nehru, his daughter Indira Gandhi and his grandson Rajiv Gandhi.

Among the 25 finance ministers since independence, the tenures of two leaders holding the finance portfolio — Inder Kumar Gujral and Hemvati Nandan Bahugana — did not afford them the pleasure of presenting a national budget.