Allahabad (IANS) A rare planetary configuration after 147 years, unprecedented security and a multitude of faithfuls has set the stage for the biggest of all holy ‘shahi snans’ (royal baths) at the Maha Kumbh on Sunday. More than 30 million pilgrims were expected for Mauni Amavasya, officials said.

Officials said today that they have their fingers crossed as they ready for the surge of devotees in the 58 square-kilometre premises of the once-in-12-years Maha Kumbh, the biggest gathering of people anywhere in the world. 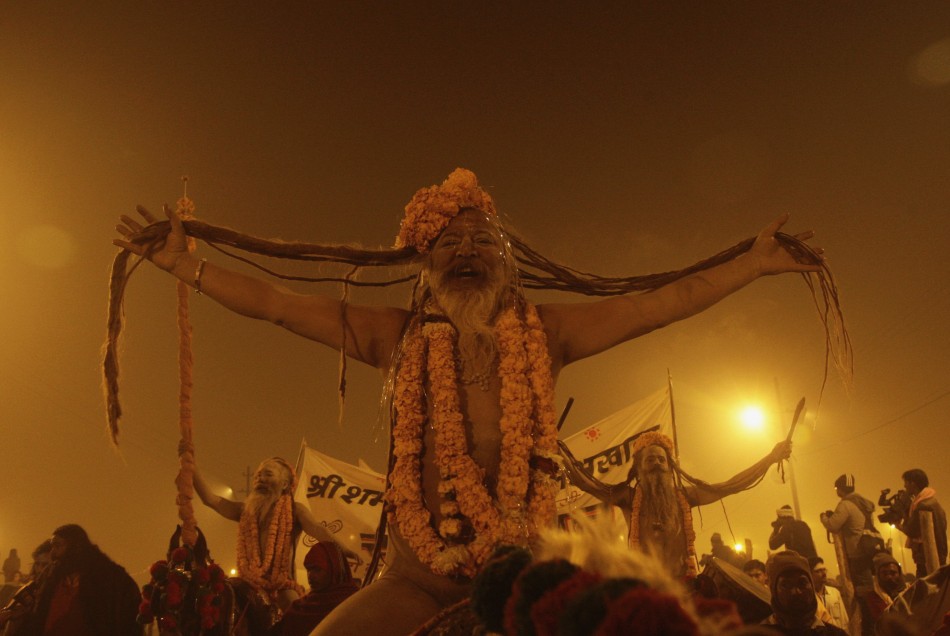 The mela administration yesterday finalised the bathing-sequence of the akhadas (sects) for Mauni Amavasya. According to the mutually worked out sequence, the Maha Nirvani Akhada along with Atal would lead the seers into the holy confluence of Ganga and Yamuna. It would be followed by the Anan, Panchayati Akhada, Shri Niranjani and Juna Akhadas.

Several Shankracharyas and other prominent seers as well as Naga ascetics will participate in the Mauni Amavasya bathing, considered the biggest of the seven royal bathings during the 55-day religious congregation that started Jan 14 and ends March 10 on Maha Shivratri.

Several film stars, politicians, corporate honchos and VIPs are also likely to visit on Sunday. But the district administration has barred them from coming to the main bathing ghats on the banks of Sangam, the holy confluence of the Ganges, Yamuna and the mythical Saraswati.

According to the Hindu calendar, the bathing for Mauni Amavasya begins Saturday from 2.28 p.m. and would continue till 12.47 p.m. the next day.