New Delhi: Perhaps for the first time, countering crimes against women has become a top priority for Delhi Police – not particularly known for gender sensitivity – after the sustained mass outrage over the gang-rape and death of a 23-year-old woman last month that brought women’s insecurity in the national capital into sharp public focus.

Since the Dec 16 gang-rape, all the 180 police stations here have been told to run a women’s help desk 24×7 with at least two women police personnel in attendance. All police personnel are to inform senior officers immediately about any major distress call related to women. 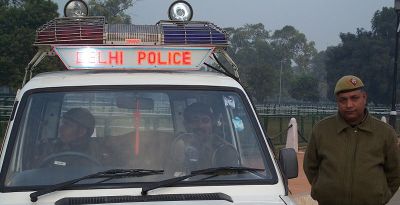 Yadav said that the initiative was taken after the gang-rape incident that not just jolted Delhi and earned India a lot of international opprobrium over public safety, particularly of women.

All the 11 police districts in New Delhi have been asked to be on high alert regarding women’s safety and the officers have been ordered to handle women-related distress calls on priority.

Police attending the calls at 100 – Police Control Room (PCR) and at 1091 (a special desk to attend women-related calls) – have been instructed to take immediate action when they get a distress call from a woman. Yadav can also be reached any time on his direct number 09818099012.

Yadav said he has been appointed as the nodal officer to keep a watch on women’s distress calls at 100 and 1091.

“I have received around 1,300 distress calls by women on my official number. Around 80 percent calls were related to small issues while 20 percent were major. Immediate action was taken. Some of them have been solved while a few are being handled by police stations,” said Yadav.

Special Commissioner of Police (Law and Order) Dharmendra Kumar said that those attending to distress calls from women have been instructed to divert such calls immediately to the nearest PCR van of the area from where the call was made.

“As soon as a woman’s distress call is received, it is transferred to the PCR van nearest to the victim’s address. The area police station and top officers are informed,” Additional Commissioner of Police A.K. Ojha told.

Five men and a juvenile gang-raped and tortured the woman in a moving bus Dec 16 in south Delhi. She died Dec 29 in a Singapore hospital where she had been airlifted for specialised treatment.

After the outrage, five policemen, including two senior officers, were suspended for dereliction of duty.

To prevent the recurrence of such incidents, police said patrolling on motorcycles had been started and PCR patrols increased. Night patrolling by station house officers (SHOs), assistant commissioners of police and DCPs and an increase of around 70 percent police presence on the roads has also been effected.

Since women feel unsafe travelling in public buses, the Delhi government has decided to post Home Guards in all buses at night. Until now, only 89 Delhi Transport Corporation (DTC) buses that ply during night have home guards.

Marketing executive Geetika Chowdhary however said: “It is not enough to increase police presence on roads. Police personnel have to be more sensitive to women’s issues. They have to instil confidence among women so that they can approach them without fear and that their case will get priority.”