Solang Valley: “What a knee-deep powder,” remarked Japanese skier Kawai Hiroshi after experiencing the bountiful snow on the slopes in Himachal Pradesh’s Solang Valley. He and his family have been skiing in the western Himalayas for the first time. 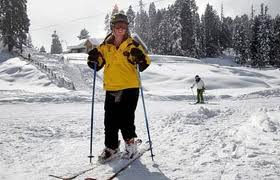 Having skied all over Japan, Hiroshi said: “Solang is one of the best backcountry resorts. Here pistes (skiing paths) are steep, of course, deep too. More important, it’s uncrowded and ideal for family holidaying.”

Ski organisers in Solang, 13 km from the tourist hill station of Manali, say after last week’s bountiful snow the skiers have returned to the slopes. 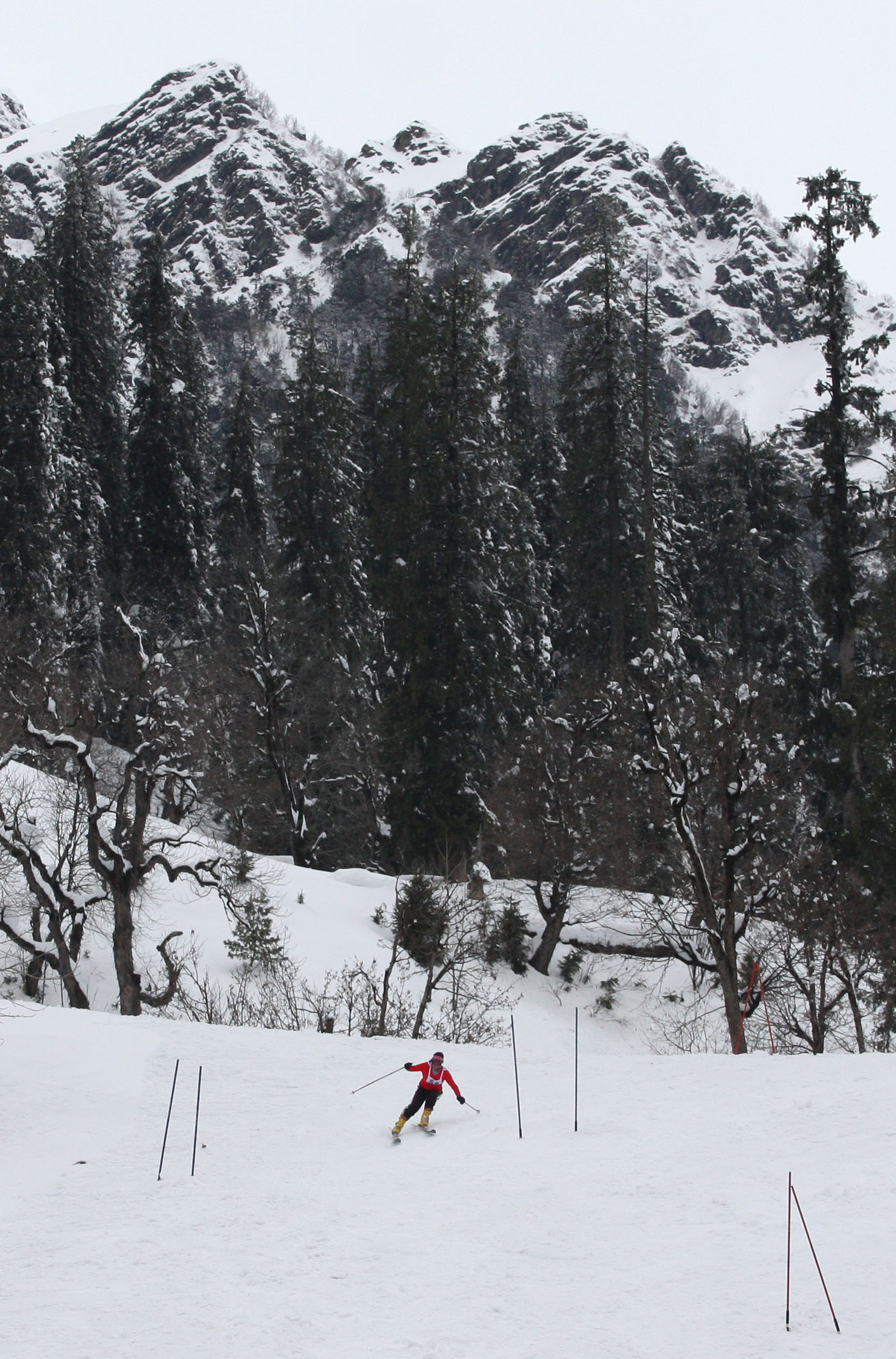 “Now is the ideal time for the skiing. The slopes, which were almost devoid of snow this winter till Jan 16, now have more than four feet snow,” Randhir Singh Salhuria, director of the state-run Atal Bihari Vajpayee Institute of Mountaineering and Allied Sports here, told.

He said more snow is expected in the weeks to come. “A blanket of snow will remain here till March-end,” he added.

The institute is conducting skiing courses – for professionals and amateurs – in Solang.

Salhuria said more than 70 skiers and snowboarders of the institute returned to the slopes as the road links from Manali was restored Sunday.

According to the Met Office in Shimla, it snowed heavily in Solang and nearby areas Jan 16-19.

Its forecast said a feeble western disturbance would again be active in the region Jan 23.

“Snow has badly hit road connectivity between Manali and Solang. Now, the traffic has been restored. In the next four-five days you will find skiers from across the country flocking here,” said Thakur, a local skier and international coach.

District Tourism Officer Balbir Thakur said after the recent snowfall the arrival of tourists in Manali and its nearby destinations has picked up.

He said most of the tourists are heading to Solang where they are enjoying snow scooter rides and sledging.

“Private adventure tourism operators are providing skiing apparatus in Solang, depending upon skier’s preferences. They are also arranging boarding and lodging. Normally for a ski kit, they are charging fees from Rs.300 to Rs.1,000,” the tourism officer added.

But the mountaineering institute is charging a fee of Rs.18,500 for a 14-day basic ski course in Solang that includes boarding and lodging. The institute boasts of ski instructors of international fame.

Skier Vijay Merchant from Mumbai said the Solang slopes are reasonably priced compared to Auli in Uttarakhand and Gulmarg in Jammu and Kashmir.

“But Solang slopes need to be professionally developed. There is long demand from the skiers for a snow beating machine to make the slopes more flat,” he said.

Salhuria said the Solang slopes offer a challenging run to both beginners and advanced skiers.

However, for newcomers, the mountaineering institute conducts basic, intermediate and advanced ski courses at Narkanda, 65 km from Shimla. The slopes currently have more than three feet of snow.

The idyllic, pastoral setting of the Himalayan ranges in Himachal Pradesh has been drawing an increasing number of backpackers.
With a population of just over 60,00,000, the tourist arrivals in the state crossed the 15 million mark in 2011.