Edinburgh:  Whisky is Scotland’s most recognised asset, with 40 bottles of Scotch shipped overseas each second, according to a survey Monday. 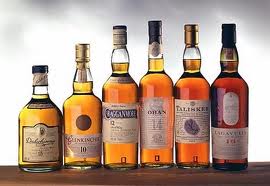 Scotch Whisky came top with 26 percent, ahead of other Scottish icons like tartan apparels, scenery, poet Robert Burns and inventions.

The poll was conducted by YouGov, an international online market research, from Dec 14-17. A total of 1,073 adults aged 18 and above were interviewed.

Forty bottles of Scotch are shipped overseas each second, with 140 million cases exported worldwide every year.

About 10,300 people are employed in the Scotch Whisky industry — many in economically deprived areas, while 35,000 jobs across britain are supported by the industry.

“Scotch Whisky is a truly iconic product and one that has an enviable reputation both at home and abroad.

Scotland’s whisky sector is an international success story with exports at an all-time high, he said.