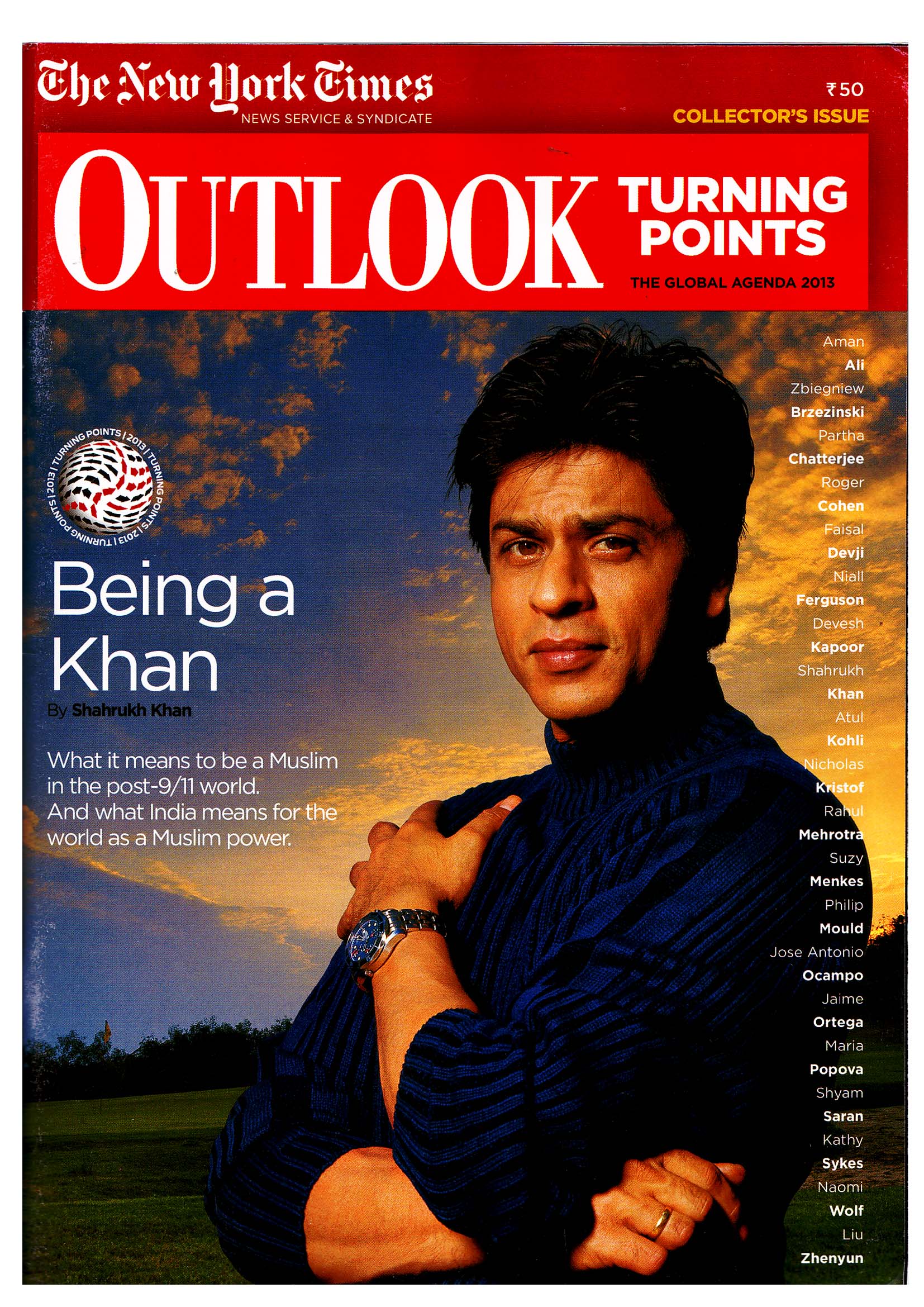 New Delhi: Superstar Shah Rukh Khan bares it all on what it means to be a Muslim in the Post-9/11 world and how he became an “inadvertent object of political leaders” in first person account for Outlook Turning Points magazine, published in association with The New York Times newspaper. He also features on the cover of the publication.

Titled “Being a Khan”, the write-up appears in the current issue of the magazine and the 47-year-old actor, one of the few Indian actors with international recognition, writes: “I sometimes become the inadvertent object of political leaders who choose to make me a symbol of all that they think is wrong and unpatriotic about Muslims in India.” 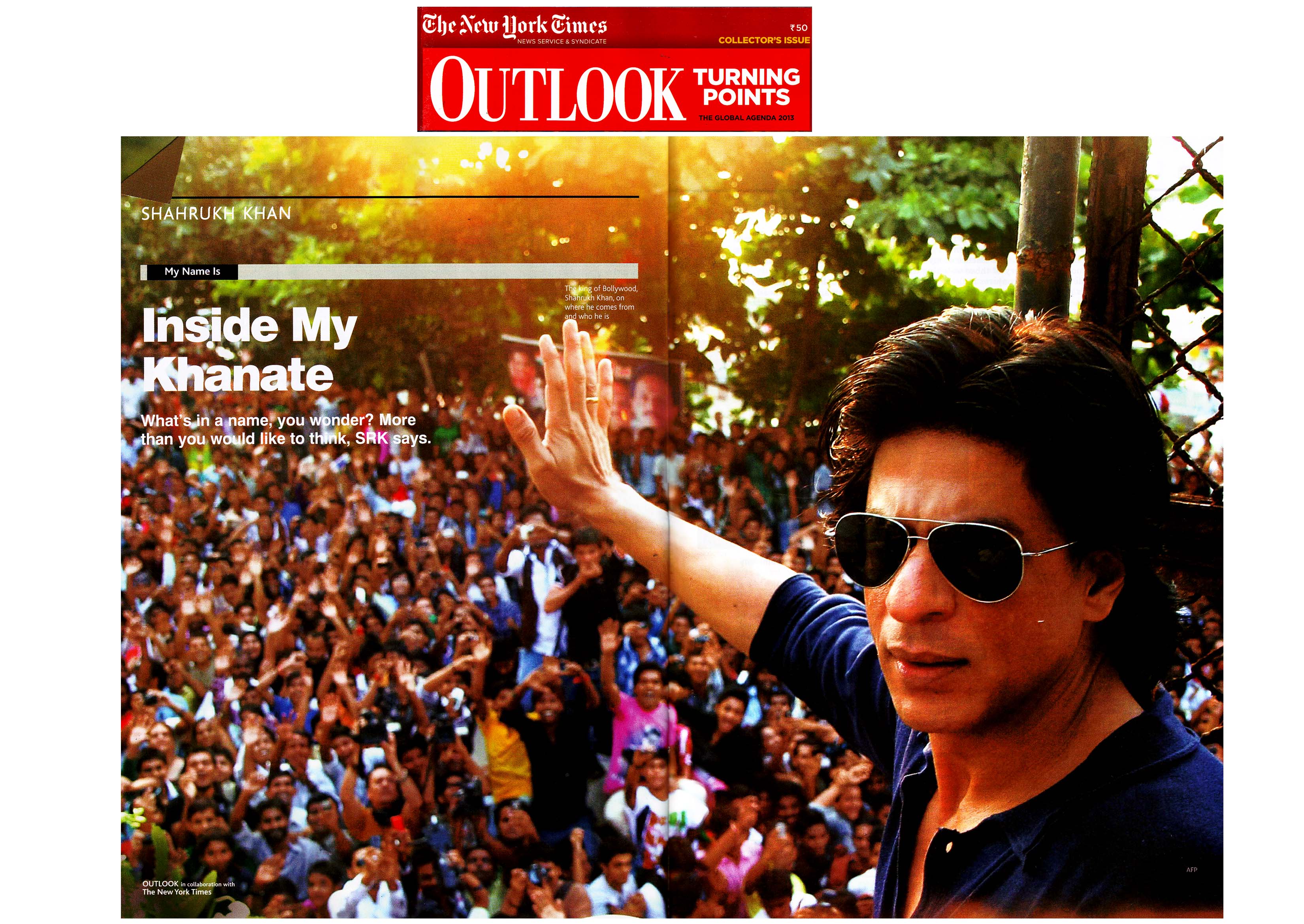 “There have been occasions when I have been accused of bearing allegiance to our neighbouring nation rather than my own country – this even though I am an Indian, whose father fought for the freedom of India. Rallies have been held where leaders have exhorted me to leave and return what they refer to my original homeland,” added the superstar of Hindi cinema.

SRK is married to Gauri, a Hindu, and has two children – Aryan and Suhana.

“I gave my son and daughter names that could pass for generic (pan-India and pan-religious) ones – Aryan and Suhana. The Khan has been bequeathed by me so they can’t really escape it.”

“I pronounce it with my epiglottis when asked by Muslims and throw the Aryan as evidence of their race when non-Muslims enquire. I imagine this will prevent my offspring from receiving unwarranted eviction orders or random fatwas in the future,” he wrote.

He said he became so sick of being mistaken for some crazed terrorist, “who co-incidentally carries the same name as mine that I made a film subtly titled ‘My Name Is Khan’ (and I am not a terrorist) to prove a point.”

Set in the post 9/11 US, “My Name Is Khan” focuses on religious and national identitaies through Rizwan (SRK), who has Asperger’s Syndrome, and how his Khan identity becomes all important in a suspicious America.

“Ironically, I was interrogated at the airport for hours about my last name when I was going to promote the film in America for the first time,” said SRK.