Shimla: After the “coronation” – his sixth as chief minister of Himachal Pradesh – the benevolent Raja is now bestowing plum posts on his political loyalists. But his critics are empty-handed.

Popularly known as ‘Raja Saab’ as he was born in the erstwhile princely state of Rampur Bushahr, 78-year-old Congress leader Virbhadra Singh, who began on Dec 25 his record stint as chief minister, has offered plum posts in public sector undertakings and government bodies. 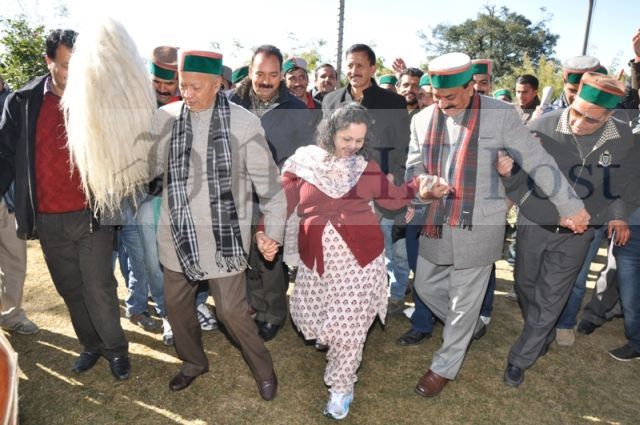 Political observers say the shrewd politician, who has over half a century in active politics, has appointed his loyalists and former legislators Kuldeep Pathania, Harsh Mahajan and Ram Lal Thakur as heads of boards.

“I am grateful to the chief minister for offering me some assignment,” Pathania told IANS.

Close aide of Virbhadra Singh and former minister, Mahajan, who didn’t contest the polls, has been made chairman of the Himachal Pradesh State Cooperative Bank that has 195 branches.

Sources in the party said while constituting his cabinet and making new appointments, Virbhadra Singh was least bothered despite his detractors raising the ante and ignored them despite their seniority in the party.

The disgruntled legislators are Asha Kumari, Brij Bihari Butail, Rakesh Kalia, Sohan Lal and Kishori Lal, most of whom owe allegiance to Health Minister Kaul Singh, who was also in the race for chief ministership.

Interestingly, all of them were conspicuously absent from the oath-taking ceremony of the cabinet in Shimla, but they have expressed their annoyance to party general secretary and Himachal Pradesh in-charge Birender Singh.

“There are still two vacancies in the (12-member) cabinet and these would be filled shortly. Even Virbhadra Singh has resigned as state party chief and the race is on for the next chief,” said a party leader, who didn’t wish to be identified.

The chief minister has already indicated that he got the nod from party president Sonia Gandhi to fill two cabinet berths and appoint two or three young legislators as chief parliamentary secretaries and the state Congress president.

“The cabinet expansion is likely to take place after the first (four-day) session of the state assembly beginning Jan 8,” a leader said.

For the post of the state party president, the sources said, the chief minister is keen to induct a leader from the minority community.

Virbhadra Singh is keen to offer the role either to former speaker Gangu Ram Musafir, who belongs to the Scheduled Caste community, or former MP Chander Kumar, an OBC (other backward classes) leader, sources said.

Virbhadra Singh is a still a member of the Lok Sabha, which he will now quit.

Party sources said he would not allow any of his detractors to replace him.