New Delhi: A fishing vessel battles the high seas and fails to return to land. A few years later, it is made out that the boat had not sunk but its owner had faked its loss to seek insurance.

This argument has been forwarded by an insurance company’s lawyer before India’s top consumer court, which has dumped the alleged fraud theory and asked the company to compensate the boat’s owner Rs.10 lakh. 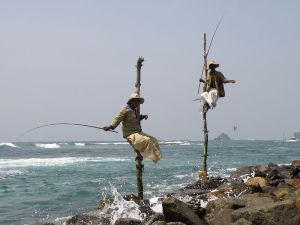 Karnataka-based fisherman Sadanand R. Kotian’s insurance claim for a boat that was lost in a tragedy at sea Sep 15, 2004 saw United India Insurance Company oppose his plea by alleging a fraud by the policy holder. The National Consumer Disputes Redressal Commission, while ruling in Kotian’s favour, also gave the insurance company the liberty to pursue its complaint against him in a criminal court.

“If the insurance company is still of the view that the complainant has made a false and fradulent claim misrepresenting the facts, it is open for the company to institute criminal proceedings against the complainant,” said Presiding Member K.S. Chaudhari and Member Suresh Chandra in a recent judgment.

“If the company were to succeed in the prosecution, liberty is reserved to the insurance company to take steps to recover the amount (Rs.10 lakh) from the complainant,” the commission said.

The insurance company has the option of challenging the commission’s decision in the Supreme Court.

The boat owner said he had purchased a mechanized fishing vessel named “Shwethasri” for Rs.11.5 lakh after taking a loan of Rs.8 lakh from Syndicate Bank. He said the boat was being used for fishing when it sank.

The insurance company repudiated his claim for compensation. He then moved the district forum, Udupi, which allowed his plea and awarded him compensation of Rs.10 lakh. The Karnataka State Consumer Disputes Redressal Commission also upheld the compensation decision.

The insurance company then moved the national commission, holding that while Kotian claimed the boat had sunk, it had reappeared with similar features but with a different name and some changes in its number.

The company also contended that the state commission failed to properly appreciate the similarities in the two boats, especially with regard to the engine numbers, and erred in holding they were different. It also presented details of the engine number to support its claim that Kotian’s boat did not sink but was found near the Bhatkal seashore in Karnataka.

The national commission disagreed and said the two sets of details were of different boats.

One set related to the boat said to have sunk and the other set reflected details of another boat found near Bhatkal, the commission said.

“We have also thought it necessary to call for the original record of the district forum and to give opportunity to the insurance company to produce photographs in support of the contentions regarding the number of the gearbox of the boat being identical and showing the change of name of the boats by scratching the surface paint,” the commission said.

“While the district forum record has been received and perused by us, no further documents as per our direction regarding the gearbox number and scratching of the surface paint have been produced by the insurance company,” the commission added while upholding the compensation claim.