Washington (IANS) President Barack Obama has signalled a faster drawdown of US troops in Afghanistan with a changed role of training and advising Afghan forces as it moves to bring the decade-long war to a close by the end of 2014.

“Our troops will continue to fight alongside Afghans when needed, but let me say it as plainly as I can: Starting this spring, our troops will have a different mission – training, advising, assisting Afghan forces,” Obama announced Friday after talks with Afghan President Hamid Karzai. 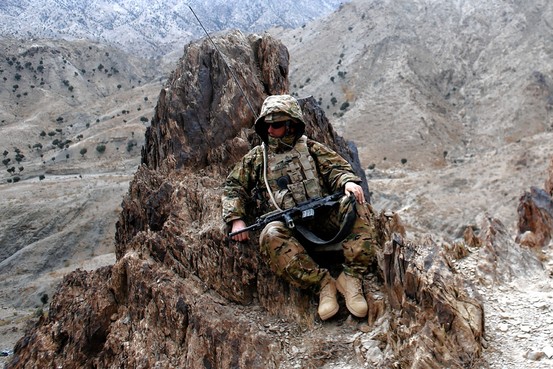 “It will be a historic moment and another step toward full Afghan sovereignty, something I know that President Karzai cares deeply about, as do the Afghan people,” he said.

Administration officials cited by ABC said Afghan forces were “exceeding initial expectations” in their capabilities. Afghan security forces are expected to lead 90 percent of security operations across the country in February.

“By the end of next year — 2014 — the transition will be complete,” Obama said. “Afghans will have full responsibility for their security, and this war will come to a responsible end.”

Obama said he was still reviewing recommendations from the Pentagon about the level of US troops after 2014 and will make an announcement in the coming weeks after penning an anticipated bilateral security agreement with Afghanistan. Karzai said the exact number would be up to the United States to decide.

Both leaders confirmed in a statement that the United States “does not seek permanent bases in Afghanistan.”

They also agreed Friday to turn over battlefield combatants held by the US military in Afghanistan to Afghan government control, which has been long-sought by Karzai.

Roughly 66,000 US troops are serving in Afghanistan. The military has proposed keeping several thousand troops in the country after 2014 as advisers, trainers and logistical support for Afghan forces; the White House has said it remains open to pulling out all troops entirely.

Obama’s meeting with Karzai was the first face-to-face encounter since the November election and since last year’s dramatic increase in insider attacks that resulted in 62 deaths among coalition forces, including 35 Americans in 2012. There has been one attack already in the first 11 days of 2013.