Shimla: Fearing loss of a livelihood made out of farming in the difficult terrain of Kinnaur because of construction of a hydropower project, a delegation before chief minister Virbhadra Singh demanded cancellation of stage II and III of the 130 MW Kashang hydroelectric project.

Panchayat president of Lippa village Samtan Dolma accompanied newly elected legislator of the area Jagat Singh Negi to register the problems being faced by the high villagers in the high altitude zone of Kinnaur. 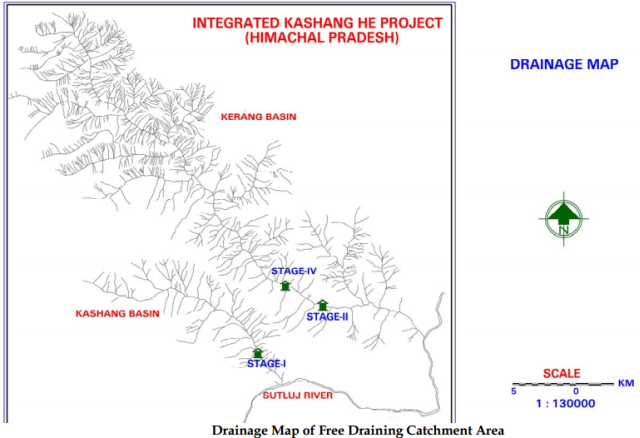 “Construction of the project would lead to an ecological disaster and the Lippa villagers have already objected to the forest rights violations taking place,” said Dolma.

The delegation of villagers led by Dolma expressed fears that the proposed diversion would lead to frequent flooding, which would bring huge loads of silt and debris very close to the village.

About 80 percent of Lippa villagers have their agricultural fields in upper Mohal, a catchment of rivulets where the project is being constructed. “If the project construction continues, livelihood of villagers would be destroyed,” Dolma let the chief minister.

Virbhadra after giving a patient hearing assured the delegation that the issue would be considered.

Environment clearance by the Union Ministry of Environment and Forest (MoEF) for a 243 MW multi-stage Khasang project was accorded to HP Power Corp, a government undertaking, in April, 2010.

The project is backed by financing from Asian Development Bank. For the first stage of 65 MW a loan of Rs 297 Cr had been approved by ADB and for the stage II and III an additional funding of Rs 453 was projected.

The Environment Impact Assessment report prepared by Shimla based Himalayan Forest Research Institute in association with Delhi based Mantec Consultants has recorded that about 253 household in Pangi village of Kinnaur are likely to affected due to land acquisition for stage I of project. Households in other villages, including Lippa, likely to be affected have not been identified in the report.

However, the socioeconomic assessment in the report categorically states that “partial population of four villages i.e. Pangi Lippa, Toktu and Asran are likely to be impacted in terms of agriculture land, cattle shed and horticulture trees etc.”

The report also records that villagers of Lippa have expressed apprehension about the project in their area because the village located downstream of the confluence of Pager Khad with Kerang Khad there is a shoal formation that accumulates sediments.

The project area is spread over a total of 85.75 hectares of land of which about 62 hectares is forest land and the rest is private land.

Agriculture land is scare in Kinnaur, but whatever arable land is there, high value crops like apples, apricots, almonds, kidney beans are produced on it that has raised the living standards of the farming community in these highlands.