Jaipur: The sixth edition of the Jaipur Literature Festival is running on a negative budget of over Rs.1.5 crore (approx $278,000) with several sponsors pulling out in the last three weeks citing financial constraints, said organisers.

“Our budget for this year is between Rs.5 crore-Rs.6.8 crore but we managed to garner only Rs.4 crore in sponsorships,” festival producer Sanjoy K. Roy told IANS.

He said they had covered the budget for this year through sponsorships. “But in the last three weeks, many pulled out. And by that time, it was too late find new sponsors.”

“Looks like we will lose money,” he said, adding that they had last year managed to recover the cost of the event, billed as the largest literary festival in the Asia-Pacific region. He said his entertainment company Teamwork Production would have to foot the unrecovered bill. 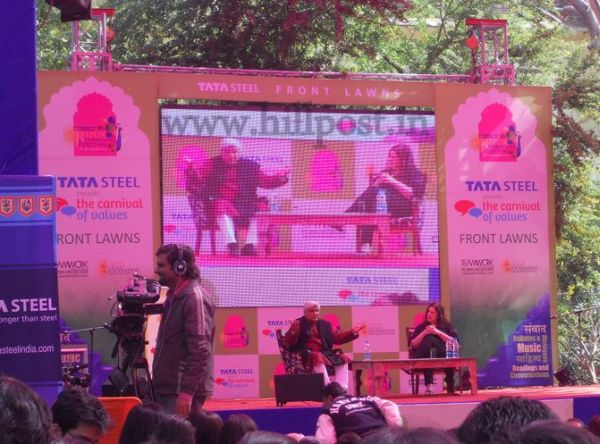 Festival co-director and writer Namita Gokhale had also said in her opening speech that they were “Rs.1.5 crore behind budget”.

“It is a bad financial year,” she said.

Asked if the negative balance will affect the festival plans next year, Roy said: “We have to find new ways to get money.”

He said it was hard to downsize the festival. “People come with big expectations. The festival has become one of five largest in the world. We have no choice.”

According to estimates till Thursday, he said, the footfall at the event was likely to cross 97,000. The five-day festival ends Monday. The 2012 edition had seen 120,000 footfalls.

Over 280 authors from across the world are attending the festival this year. Entry to all the venues is free.

Asked if sponsors seek presence of celebrities at the festival for more crowds, Roy said: “It’s not about celebrities anymore.”

People came anyway because of the event’s popularity, he said.

On adding naming of the sponsors to session venues, he said: “They want returns! Since they cannot get tangible returns, like real sales, but only brand returns, so we try to invent new branding opportunities.”

He said one sponsor wanted to have a session on arts or an English newspaper wanted a session on international relations or another on language writers. “We have to understand the needs of the sponsors. They are not doing charity. They have to get something out of it and we have to meet their requirements.”

The two consistent sponsors of the event continue to be infrastructure company DSC Ltd and Diggi Palace, the heritage resort in this Rajasthan capital that has been hosting the literary carnival. The other big sponsors are Tata Steel, Google, Airtel and Coco-Cola.

DSC group’s Surina Narula said in her speech Thursday that “financially they (organisers) were not getting much” but “the company will continue to support the fest as long it was open to public and people kept coming”.