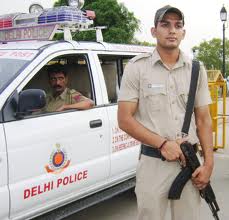 Chief Justice D. Murugesan and Justice V.K. Jain gave the orders after Delhi Police offered an “unconditional apology” for not providing names of police officials in PCR vans on duty during the Dec 16 gang-rape.

In no time, Delhi Police provided the information the court had sought earlier.

The police apology came a day after it faced the court’s wrath for not disclosing the names and for not filing a proper status report.

Judges Murugesan and Jain asked the home ministry, which controls Delhi Police, to increase the number of PCR vans in the capital to ensure better safety to people.

They also directed the police to ensure the removal of dark films and curtains from all vehicles “without any delay”.

Justice Jain asked Delhi Police to take early action on the 20 percent of PCR vans now parked in garages for want of repairs.

On Wednesday, the court asked why the Delhi Police commissioner and the deputy commissioner of police heading the area where the gang-rape took place were not suspended after the brutal crime.

The 23-year-old woman succumbed to the rape and torture in a moving bus in a Singapore hospital Dec 29, sparking nationwide outrage.

The court said: “We have taken suo moto cognizance of the matter. We have absolutely nothing except public interest… We want the system to work properly.

“We wanted to know the names of police officers in the case so that we know whether the government is taking action against those who erred.

“We wanted to know the name of the officers because no one should escape accountability.”

The court said the status report showed that PCR personnel were among the witnesses in the case.

“So what was the difficulty in giving the names of officials?

“Our concern is how to prevent such crimes in future and what steps (are) to be taken. We wanted to know the lapses on the part of police and steps taken thereafter.”

The judges said that police officials on duty at the time of the rape should have been vigilant and taken steps to foil the crime.

Police told the court that of its fleet of 617 PRC vans, 74 were not functional.

Appearing for the central government, Additional Solicitor General Rajiv Mehra assured the court that “he will take the matter to the government for immediate measures”.

“The role and duty assigned to PCR officials should be re-looked by the police,” the bench said.

The court posted the matter for Jan 31.

The court also accepted the plea of journalists seeking quashing of the trial court order restraining the media from covering the gang-rape trial.

The court told advocate Meenakshi Lekhi to file a petition before the proper bench. The matter is likely to come up for hearing Friday.