Chandigarh(IANS) “Jatts the way aha aha” they like it in Punjab – where Jatt denotes not just the Jat-Sikh community but also a success mantra and even a lifestyle statement – finding its way into songs, film names and trendy tags like “Jatt Boyz”. 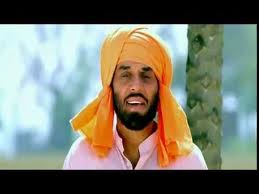 The Jatt phenomenon got a fresh boost with two 2012 movies – “Jatt and Juliet” and “Carry on Jatta”. The romantic comedies were box office hits with audiences, even in non-Punjabi-speaking states, queuing up.

In Punjab, the use of the term Jatt is used for a number of things and people. It is the Punjabi way of referring to the state’s progressive farming community, also known as the Jat-Sikh community.

“Young Jatts often want to flaunt their status by putting up something Jatt on their vehicles. They get a kick out of it,” Chandigarh-based youth Sunny Grewal explained.

“Jatt in Punjab is the same as the powerful Jat community in Haryana and Uttar Pradesh,” researcher Sandeep Singh from Ludhiana told IANS.

Then there are the many Punjabi songs rolled out every year in which the use of the word just can’t be missed.

Then there are the two films of course.

In the last few months, the success of “Jatt and Juliet”, directed by Anurag Singh and starring singer-actor Diljit Dosanjh and Neeru Bajwa, made Jatt popular in the country. The film was acclaimed as a commercial and critical success. For the first time, the rights of a Punjabi film have been bought by Bollywood, composer and singer Himesh Reshammiya picking them up for a Hindi remake.

“We have heard of films from south India being re-made in Bollywood. But ‘Jatt and Juliet’ is a trendsetter in this area. This will do a lot of good to the Punjabi film industry which is now seeing money flowing in,” film buff Randeep Singh said.

Breaking from the past tradition of Jatts being identified with guns and fights, the film brought out the romantic Jatt. In “Carry on Jatta” too, the hero was projected as the love-bitten youth and not a gun-toting one. Directed by Smeep Kang and starring Mahie Gill (of “Dev D” fame) and Gippy Grewal, the film is a laugh riot.