Chennai: Hyundai Motor India Ltd., the wholly owned subsidiary of South Korea’s Hyundai Motor Company, plans to sell around 650,000 units in 2013 up from around 641,000 sold in 2012, a company official said. 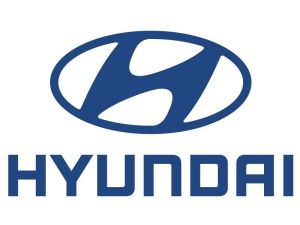 The company also hopes to commission its $300 million flexible engine plant that can make diesel and petrol engines by the end of this year and launch new models.

According to him, the company’s proposed flexible engine plant with an annual capacity of around 300,000 units will be ready by the end of this year.

Seo also added the company will be launching new models this year.

“The main investment will be in the engine plant and the balance will be invested over a period of seven years,” R. Sethuraman, director-finance and corporate affairs added.

He does expect the continued price differential between petrol and diesel which in turn would enable the car makers to continue selling diesel engine cars.

Though bulk of the domestic car market is centred around the national capital region (NCR) and with the cost of transportation going up (currently around Rs.25,000 per car) Hyundai Motor India Ltd. does not feel a need to put up a new plant somewhere in north-west India.

The company can adjust its production based on the domestic and export markets. With debottlenecking the production can be increased to around 700,000 units here and there is no need for a new plant outside Tamil Nadu, Seo remarked.

He said the domestic market is important for the company and overseas markets could also be served by the group’s other plants.

In a recent report credit rating agency India Ratings said it expects the passenger vehicle volumes to grow by around 8-9 percent largely due to the strong demand for utility vehicles during 2013.

“While weakening household balance sheets and high interest rates would continue to constrain demand, the likely reduction in price difference between petrol and diesel would also significantly impede revival in demand for diesel cars.,” the rating agency said.

According to India Ratings, car makers who were earlier shipping out are now earmarking a part of the production capacities for India owing to persistent slowdown in the European and North American markets.