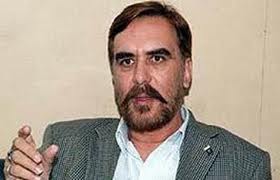 “We want the Pakistani rights activist Ansar Burney to help in release of the Indians on board MV Royal Grace.. He has indicated he will help,” Sushil told.

Sushil and the kin of the other Indian crew are very hopeful of Burney, who runs the Ansar Burney Trust, helping out after his success in getting the crew of MV Suez freed in June 2011 after 10 months in the captivity of Somali pirates.

Six Indians and four Pakistanis were part of the 22-member crew of MV Suez. The noted Pakistani rights activist had helped raise money for release of the seafarers, and the freed Indian sailors and their families had expressed their gratitude to Burney for his help.

Sushil said: “We liked how he helped in freeing the sailors of MV SueZ.”

Besides the 17 Indians and a Pakistani on board MV Royal Grace, there is a Bangladeshi and two Nigerians on board. Sushil’s brother is a senior deck cadet.

Asked if they had contacted the government, Sushil said the government says it is working for the release. “It is almost a year since the ship was hijacked… there is no news of what is happening to free them,” he said despairingly.

The entire crew is young, between the ages 22-25, barring the captain, Shankar Dutt, 50.

While Saurabh Kumar hails from Meerut in Uttar Pradesh, among the other captured Indians are: Rakesh Kumar from Punjab, Ajay Kumar from Jaunpur, Uttar Pradesh, Jitender Sahu from Aurangabad, Bihar, Pritam Sahu from Chhattisgarh and Rahul from Himachal Pradesh.

“The families of all the captured Indian sailors are in touch with each other.. We all want Burney to help,” said Sushil.

In October last year, Burney was honoured by a Haryana khap for his “significant contribution” in helping in the release of Indian sailors of MV Suez. One of six Indian sailors freed belonged to the Gulia khap community.

In December 2012, five Indian sailors were freed by Somali pirates after more than two-and-a-half years in captivity on board MV Iceberg 1. They arrived in India on Dec 29.

There are 37 Indians being held hostage by Somali pirates on different vessels so far. External Affairs Minister Salman Khurshid has said the government will do all it can to get the captured Indians released.