Shimla: Not satisfied with HP State Electricity Board’s decision to impose extra convenience charges for online payment of consumer power bills, the government has asked the board to review its decision.

Speaking to Hill Post, principal secretary power SKBS Negi said, “the electricity board has been asked to reconsider its decision to impose 1% extra charges for those who use the online bill payment gateway.”

He said that board has been asked to negotiate with banks and credit card companies regarding the imposition of these charges.

DK Sharma, an economist who retired as principal advisor planning, termed it a retrograde step to bill the consumer for online payments. 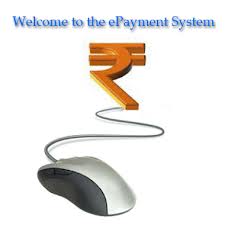 “The electricity board appears to be going back in time rather than moving with the times. Why can’t they negotiate with the companies to do away with the extra charge to facilitate consumers,” he said.

To avoid the long queues at cash payment counters of the board, more and more consumers had begun to make their payments online and costs of the transaction was borne either by the board or the banking companies.

However, a month ago, the board took a decision to pass the 1% transaction costs onto the consumer under convenience charges.

Electricity board officials maintain that the extra 1% charge was not being collected by them but was a pass over cost for providing the facility for which the banks and credit card companies were charging.

“We cannot charge anything more than what the electricity regulatory commission permits us in the tariff order,” said Mahesh Sirkeck, a senior engineer with the electricity board.

Anita, a computer application engineer based in Shimla says, “Where BSNL offers a 1% rebate for paying telephone bills online, it simply is absurd on the part of electricity board to demand a percent extra for a cashless payment facility transacted over the internet.”