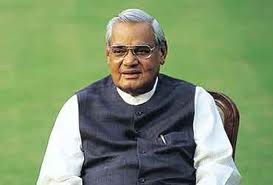 “The government should not set a wrong precedent by destroying the ration bags carrying Vajpayee’s picture or changing the name of Atal Swasthya Seva (a free ambulance service also named after the former prime minister),” Dhumal said in the state assembly here.

“When our government comes in future, we will again change the names (of schemes and projects named after Congress leaders),” he said while participating in the motion of thanks on governor’s address.

“The Congress had made several poll promises, including an unemployment allowance to the youth. The government must fulfil this promise now,” he added.

The previous Bharatiya Janata Party government in the state launched a scheme Aug 15 last year, under which a free carry bag was provided to every ration card holder for carrying goods.

The bag prominently carries the photo of BJP veteran Vajpayee.