New Delhi: The cabinet Thursday approved amendments to the Lokpal bill suggested by a select committee of the Rajya Sabha. 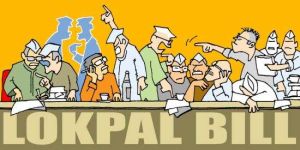 “I am happy to say the cabinet has given the seal of approval. The select committee recommendations have broadly been accepted,” Law Minister Ashwani Kumar told reporters after the cabinet meeting.

The bill, passed by the Lok Sabha, is pending in the Rajya Sabha. It was referred to a select committee of the upper house, which suggested several amendments to the bill.

The bill will now be put to vote in the upper house.

Earlier this week, United Progressive Alliance (UPA) chairperson Sonia Gandhi wrote to social activist Anna Hazare assuring him that the legislation would be passed in the coming budget session of parliament.

According to informed sources, while the government has agreed to separate the Lokpal office from Lokayuktas in states, it has not agreed to the panel’s proposal on the appointment of the director of the Central Bureau of Investigation (CBI).

The bill also proposes to create a prosecution wing of the CBI to fast-track corruption cases.

The sources further said the government had not favoured the suggestion of the select committee that an official facing an inquiry from the Lokpal should not be heard during the preliminary probe.