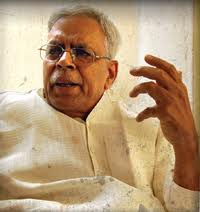 “There is no difference between them (Bhagwat and Owaisi), both are two sides of the same coin… both create hatred in society in order to boost their vote banks,” said Tiwari, a Rajya Sabha member from Bihar.

Rashtriya Swayamsevak Sangh (RSS) chief Mohan Bhagwat courted controversy by saying that marriage is a “social contract” where the wife is supposed to look after household chores and the husband expected to earn. He also said that a marriage could be called off in case either violated this contract.

Majlis-e-Ittehadul Muslimeen (MIM) legislator Akbaruddin Owaisi returned to Hyderabad from London early Monday after he was summoned by police for questioning over his alleged hate speeches last month.

Tiwari also wondered if Bhagwat with his “reactionary talk” wanted to “bring forward the past teachings of Manusmriti”.