Mumbai: It was “tricky” to edit “Kahaani” that was “hinging on one twist”, but as an editor Namrata Rao pulled it off so well that the thriller has won her several awards. While enjoying the recognition, she admits talent behind the camera is “getting the deserved exposure” and that she is being “paid quite a decent amount” for her work. 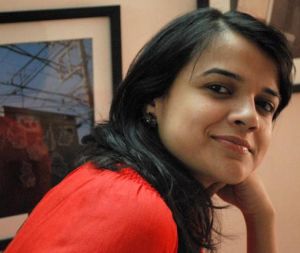 At 32, Rao is one of the youngest editors in Bollywood, who bagged the best editing statue at the Filmfare, Zee Cine Awards and Colors Screen Awards for “Kahaani”, a Kolkata-based woman-centric thriller.

“I won three awards for ‘Kahaani’ and it feels good to get such recognition for your hard work. Awards matter a lot. It’s a very nice feeling to hold an award,” Rao told in an interview.

She feels editors are getting their due.

“Getting credit for your film is very subjective. In certain kinds of films, the editor gets all the importance, but many films are completely star driven. But I feel it’s balanced these days. The media has opened up and now all of us are getting the deserved exposure,” she said.

“I would say ‘Kahaani’ was the most challenging film to edit so far. The entire film hitched on a twist and the entire challenge was to hold the film till the twist comes. We worked on around 300 drafts of edits. It wasn’t easy to edit ‘Kahaani’. It was a complete team effort,” Rao said.

She admits “Kahaani” being “very close to my heart”.

“It’s a very nostalgic film as I was revisiting the city where I studied filmmaking,” added the editor, an alumni of Kolkata’s Satyajit Ray Film and Television Institute.

Explaining how she got her first break, she said: “I am a Konkani from Kerala. I was raised in Delhi as my father used to work there. Then I went to Kolkata to study filmmaking. Initially, I used to work on documentaries and I edited ‘I Am the Very Beautiful’. Dibaker happened to see that film and approached me to edit his film. That’s how I got my first break in showbiz.”

An editor can make or break a movie.

When asked if she is happy about the way editors are being compensated, she said: “I am not sure about it. When I started as an editor, obviously, I was a fresher and I used to edit some low-budget films. And that time what I used to get paid was not too much. Now I am being paid quite a decent amount.”

Although she is being compensated well, many are still struggling in the industry.

“When I give my six to eight months to a film, there is no freedom and no flexibility so, of course, we want to be paid well. It’s not just about me but also for all the editors. Many of them are not able to earn what they deserve.”

What is most challenging for an editor?

“The challenging part is to keep my audience engaged. These days even scripts are being edited a lot before going on the floors. The most difficult part is to hold the audiences and not let them get bored,” she said.

So far Rao has edited documentaries, off beat films and commercial cinema.

Though she is not so comfortable while editing typical Bollwyood films, she enjoyed working on song and dance in Yash Raj Films (YRF).

“My first film with YRF was ‘Band Baaja Baaraat’ and for the first time I edited typical Bollywood songs and it was fun.

“Somewhere down the line I feel I am less eased when I come out to do mainstream cinema. I feel my work is not good at it. But editing ‘Jab Tak Hai Jaan’ was a great experience because of Yashji (later director Yash Chopra).”

Having invested quite a few years in editing and getting a grip over the craft, Rao now plans to get into direction.