Srinagar: The cackle of the migratory graylag geese or the occasional howl of a jackal waiting in ambush for its prey are the only distractions in the long, dull silence of chilly nights in Kashmir’s countryside in the winter. 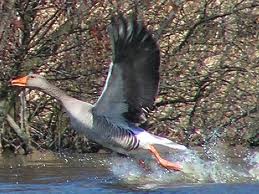 As the bitter winter chill sweeps across the Valley, a hiatus of sorts hits political and social activity here.

Mainstream politicians have shifted their activity to the relatively warmer Jammu these days and a majority of separatist leaders too are “out of station”.

State Chief Minister Omar Abdullah is at present holidaying in England, where he joins his mother and sister. He is likely to return to the state in the beginning of the new year.

Senior separatist leader Syed Ali Geelani has been spending the harsh 40-day period of ‘Chillai Kalan’ outside the Valley in the last few years. Old age and failing health have forced the octogenarian leader to shift to New Delhi.

Mirwaiz Umer Farooq, chairman of the moderate Hurriyat group, has spent a long time away in Pakistan, along with five other separatist leaders.

While locals don thick mufflers, jerseys and the traditional, long-flowing ‘pherans’ to keep warm, social activities are limited, put off for sunnier days.

Literary workshops, seminars and book releases are all virtually on the hold. As people queue up for cooking gas and kerosene, these centres where the queues form have become sites of social interaction.

Here, in the queues, age barriers are broken, and the young, the middle-aged and the elderly all jostle for a cylinder of cooking gas. Sometimes, as they wait in a more orderly queue, the conversations turn to the weather, politics or sports. On occasion, even a matrimonial alliance might begin with a conversation in a queue for cooking gas!

As the rest of the Valley waits and keeps warm, there are young girls and boys bustling to various coaching and tuition centres in the city. Many private local schools have started tuition classes. Students come in their winter gear, instead of the regular school uniforms.

Kashmiris need more calories to brave the winter cold, and mutton, poultry and pulses are in great demand during the winter months.

The recent outbreak of Ranikhet disease (a viral disease that affects domestic fowl) in some districts of the Valley has brought down the prices of poultry. So a kilogramme of chicken can be bought at Rs.70; before the epidemic, the price was Rs.90.

The local weather office has forecast rain and snow around New Year’s Day. Hotels in the north Kashmir Gulmarg hill station have been booked in advance for celebrations.

Meanwhile, life slows for human residents as there are frequent power outages. Even as the number of hydro-power units in the state has increased in recent years, supply has failed to match rising demand and paucity of power remains one big failure of the state administration.

Before nightfall, markets close and Kashmiris withdraw into their houses. With no electricity, ancient sleep patterns can be re-discovered as the clouds hang low over the Valley.