Washington: Louisiana’s Indian American governor Bobby Jindal may well be making a bid for the White House in 2016, a leading US news site suggested citing a meeting with a wealthy Republican fund raiser. 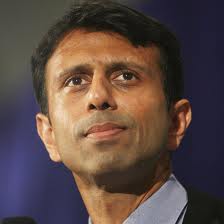 Jindal and two other Republican governors, John Kasich of Ohio and Bob McDonnell of Virginia stopped by the Venetian Resort Hotel Casino to meet privately with its owner Sheldon Adelson, “a man who could single-handedly underwrite their White House ambitions,” Politico, the politics-centric website, said.

Jindal, Kasich and McDonnell ventured over to the Venetian for separate private meetings with Adelson while they were in Las Vegas for the Republican Governors Association winter meeting, held last month at the rival Wynn Resort, Politico said.

Jindal, Scott Walker of Wisconsin and Susana Martinez of New Mexico – arrived in Vegas before the RGA conference for a gathering of the association’s high-dollar Executive Roundtable, which is open to donors who give a minimum of $25,000 a year.

The roundtable’s chairman, top Republican fundraiser Fred Malek, met with Jindal, the incoming RGA chairman, on the sidelines of the RGA conference and was said to be impressed, Politico said.

Malek wouldn’t comment on the Jindal meeting or the 2016 field, but his extensive connections in the Republican big-money world would be a major boon to any presidential hopeful, it said.

In addition to his work at the RGA, Malek helps lead a pair of unlimited-money John Boehner-linked outfits, Congressional Leadership Fund and American Action Network.

Among the prospective 2016 Democratic presidential candidates, Secretary of State Hillary Clinton has by far the greatest potential for a mega donor network that could compete with the deeper-pocketed outside groups that emerged on the right over the past few years, Politico said.

The donor base that she built during her New York Senate bids and her 2008 presidential campaigns – combined with the philanthropic network her husband has cultivated in his post-White House years and her appeal to newly active female donors – could take Democratic outside money to a new level, it said.