Mumbai: Hollywood actress Naomi Watts is “touched” by Bollywood actor Vivek Oberoi’s work for the rehabilitation of the tsunami-hit families in Tamil Nadu. She has even written a letter to him, appreciating his work. 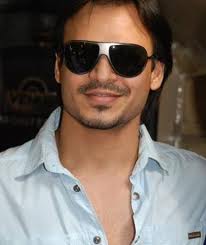 In 2004, Vivek had adopted a Tamil Nadu village named Thevanapattinam, and worked towards rehabililating the affected families.

“Words really fail to express how touched I am to see the work you have done for the rehabilitation of the tsunami-hit families in Thevanapattinam, Tamil Nadu. It takes a lot of courage and immense devotion to be able to take up such a responsibility on one’s shoulders,” Watts wrote in the letter.

The actress, who plays the role of tsunami survivor in “The Impossible”, says it is hard for her to imagine the pain that the families had gone through during the 2004 calamity.

“While filming some of the scenes of ‘The Impossible’, I came close to realising the unimaginable grief and pain the families must have gone through in December 2004 when the tsunami hit their shores. I shudder to think about the void it must have created in the lives of people who faced personal losses,” wrote Watts, whose role in the film is inspired by real-life tsunami survivor Maria Belon.

She admits that “enacting a woman’s grief post the tsunami was extremely draining”, and added: “I can only imagine how tough it must have been for people like Maria, who actually survived the devastation, to move forward.”

“Your effort to bridge this gap deserves appreciation from all quarters. I salute you on behalf of the entire team of ‘The Impossible’ for adopting Thevanapattinam and providing relief work to the tsunami victims,” she wrote to Vivek.