Washington: The United States very much supports India taking a leadership in the security issues in and around the Indian Ocean and was looking for opportunities to interoperate with them, according to a top US commander. 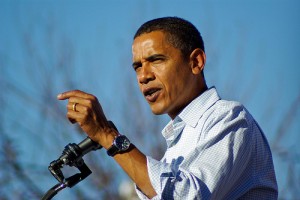 “And that covers a lot of different areas, but in the military area we look for opportunities to interoperate with each other,” he said. “And we are headed in that direction.”

Locklear, who recently visited India after taking over the PACOM command, said: “We very much support India military, India taking a leadership in the security issues in and around the Indian Ocean.

“And we are looking for opportunities to participate and interoperate with them where we can.”

The US, which has been recently invited as an observer to the Indian Ocean Rim-Association for Regional Cooperation has to rely on and support such organisations as the Indo-Pacific region was a vast region, he said.

“So you have this really large, very dynamic-you can’t even call it a region-it’s half the world-where you have historical ties between countries-bilateral, multilateral-and there is no one security organization that’s able to deal with things such as a NATO,” he said.

“And so we have to rely on and have to support these multilateral organizations that allow us to capitalise on where we have like interests, and to not be afraid to allow other countries to lead in those areas,” Locklear said.