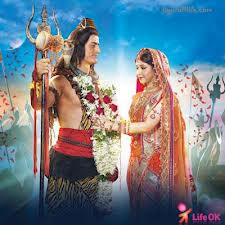 Mumbai: Content rules over everything, feels “Devon Ke Dev Mahadev” producer Nikhil Sinha, who says it is more important to concentrate on creating and delivering the right story than to dwell over the time slot that a show gets on the small screen.

Sinha believes in making his own prime time slots with the right kind of shows.

“The story is most important for a show. The right story will do well at any time. Of course, the time (when a show is shown) also matters. But even at the right time, a bad show will not work. The content is paramount. I believe in making my own prime time slots,” Sinha told.

Talking about his current show, “Devon Ke Dev Mahadev”, aired on Life OK, he says that even though it is a mythological show, his team has tried to present it differently.

He is also happy with the fresh blood in the industry, and feels more newcomers should be roped in, albeit they suit the characters and follow directors’ instructions well.

“The basic thing is that the actor must match the character in terms of looks. Secondly, he must understand his instructions even if he or she is a newcomer. They must be able to respond to instructions, must observe and then have the intelligence to understand and deliver,” said Sinha.

Sinha’s long term plan is to step into Bollywood production, but right now he is content with television.

“I had made a telefilm for Star Gold. I do have plans to make films for Bollywood… but not at the moment,” he said.