Chennai: Former chairman of the selection committee Kris Srikkanth today hit back at his his form er colleague on the panel Mohinder Amarnath for making public the issues discussed in the panel meetings. 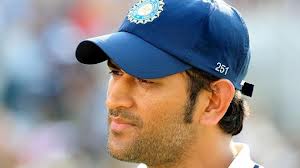 Amarnath, who was mdmber of the selection committee headed by Srikkanth, two days ago revealed that three selectors wanted Dhoni to be sacked but they were overruled by Indian cricket board president N. Srinivasan.

Srikkanth said it was not appropriate by his former colleague to reveal the details of committee meetings.

“I have always maintained that whatever happens in the selection committee meetings should remain within the four walls. It is not right for me or anyone to come out and say what exactly happened,” Srikkanth told reporters here.

“It’s just like a company’s board meetings where lot of discussions happen about what to do and what not to do for the company’s growth. But nobody comes out in public and tells what (has) happened,” he said.

“We discuss a lot of issues in the selection committee meetings, captaincy of Dhoni or X,Y,Z always come up in the meetings.”

“We always have detailed discussion on captaincy issues, ex-players, team combination. But at the end of the day, it is always consensus,” he added.

Srikkanth also hoped that the Indian team won’t be distracted by the controversies and would do well in the Nagpur Test to avoid the ignominy of a series defeat at home against England.

“We should just move on. Yes, Indian cricket is going through tough times and let’s hope we do well in the Nagpur Test match and revive,” he said.