New York: A star-studded lineup featuring some of the biggest names in show business turned out for a six-hour benefit concert in New York to help those still suffering from Hurricane Sandy that hit the US East Coast in October.

At least 140 people had died and millions of homes had been damaged in the storm. 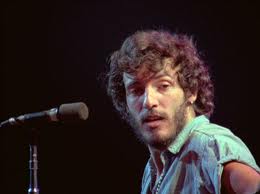 “This is a prayer for all of our struggling brothers and sisters,” said legendary rock star Bruce Springsteen, who kicked off the event late Wednesday with his E Street band performing “Land of Hope and Dreams”.

The storm caused enormous destruction along densely-populated parts of the northeast US coast, leaving millions of people without heat and electricity for weeks. Many victims are still living in temporary shelters.

The Rolling Stones, Paul McCartney, Nirvana, Kanye West and Billy Joel were among the stars who took to the stage before a sold-out audience that paid as much as $2,500 per ticket.

The event was broadcast live on more than 200 television stations around the world, and performers reminded fans to call the phone lines and help those in need.

The celebrity-filled benefit concert has become standard response in the US to large-scale disasters, dating back to the Live Aid concert that raised funds to assist Ethiopian famine relief efforts in 1985.

And for good reason: they instantly raise millions of dollars with the help of celebrities who donate their services and generate large donations from fans.

Proceeds from the Sandy benefit show go to the Robin Hood Foundation, which pledged to quickly get the funds to storm victims. The organization said it topped more than $30 million in ticket sales and sponsors before the concert even began.