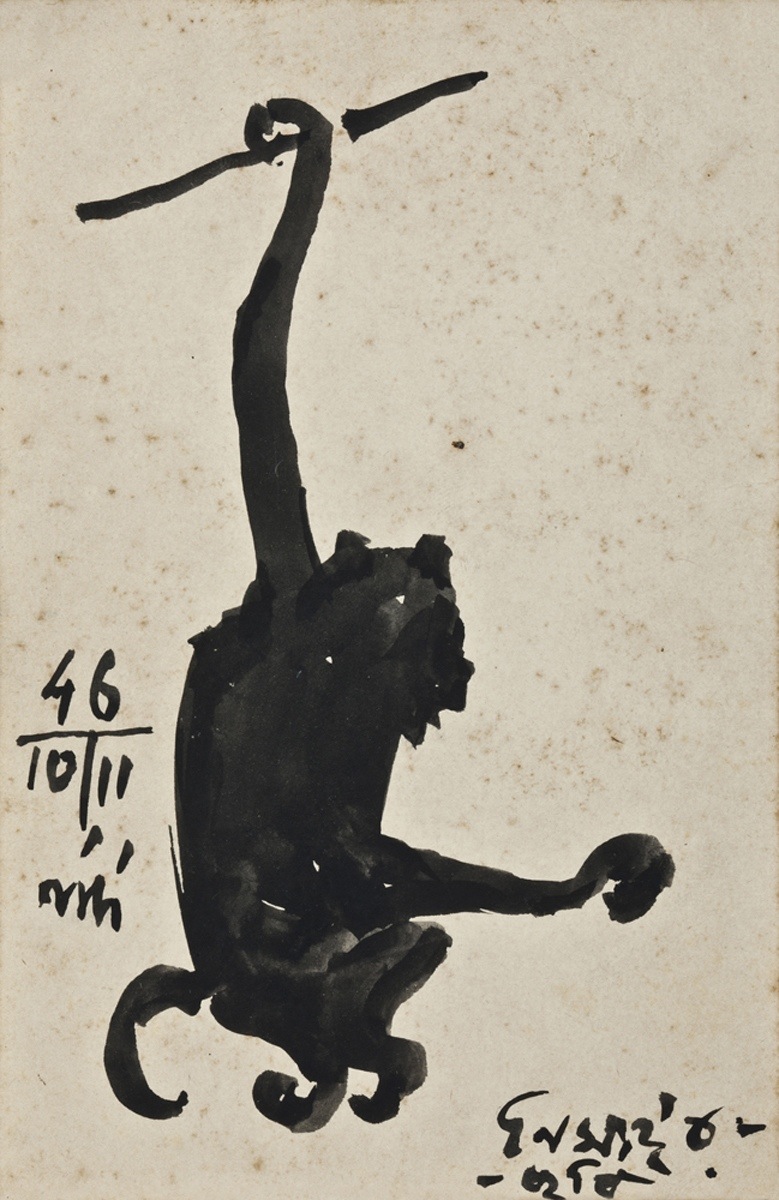 Most of these are preserved as personal memorabilia in the homes of the artists’ friends and students who received them as missives from Mukherjee and Bose – two of the pioneering old boys of Shantiniketan’s Kala Bhavan who painted miniature style in small formats.

The compositions are of life, landscapes and stories that the artists stumbled around every day in Shantiniketan and its neighbourhood.

An exhibition, “Works by Nandalal Bose and Benodebihari Mukherjee” – a collection of 170 postcard prints and etchings – is acquainting art lovers in the capital with a new oeuvre of the duo’s works that have rarely travelled out of Kolkata.

Curator Debdut Gupta, a student of art history who has been researching a project, “Exploring the Unexplored”, said: “Some of the postcards have been in my family’s collection at Shantiniketan for many years”.

“I had seen several of these posters in the homes of the students and friends of Benodebihari Mukherjee and Nandalal Bose in Shantiniketan. I visited family archives of at least 16 homes to acquire postcards to build a collection for the exhibition,” said Guota.

The researcher exhibited his collection twice in Kolkata before being approached by Akar Prakar to curate one for them.

“Benodebihari painted on postcards as a student in Kala Bhavan. He was barely 17-18,” Gupta said. Between 1940 and 1956, when Benodebihari was losing his vision, “forms, contours and lines” became an immense priority in his works in contrast to his erstwhile optical sensation; he created these beautiful postcards, the curator said.

The landscapes are arranged in geometric precision and often as solid forms in black and white. The collection also includes a well-known collage that has often been compared by viewers to those made by French artist Henri Matisse.

Nandalal Bose’s figurative prints and sketches are influenced by two different techniques – the western traditions of print-making and painter Arai Kampo, who introduced Japanese art to the Bichitra Studio. Nobel Laureate Rabindranath Tagore’s journey to the far east helped him master the techniques.

Enamoured by the paintings of Yokoyama Taikan and Kanzan Shimomura, the two most famous Japanese ‘Nihonga’ painters of the period, Tagore during his visit to Japan in 1916 wished to have a few of their works copied. Arai was told to copy two paintings for him.

Bose’s works pun on the political climate of his times. In one of his postcards, he drew a big crocodile on whose head rested the Union Jack and titled it “…A giant crocodile waiting for prey”.

A series of water colours, “Tak Duma Dum” rivets viewers with its playful interpretation of Visva Bharati’s “Golpo Sholpo”, an anthology of stories for children. Bose represented them as visuals in a picture book created by Jnanadanandini Tagore, the daughter in-law of Maharshi Debendranath Tagore, the Nobel laureate’s father.