Halifax (Canada): Plastic bags are not banned here. In fact most of the departmental stores, including the big Malls hand out items in plastic bags without blinking an eye lid. But surprise of surprises one does not see any plastic bags or wrappers fluttering in the streets or trees or parks. 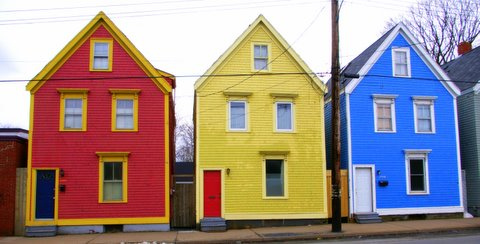 Back in Shimla they were a common sight everywhere and anywhere till ofcourse the government put a ban on them. Though they are even visible now, albeit not in the manner and numbers that one could see them a coupe of years back, but they are still visible.

Unlike the small mountain state of Uttarakhand where it has been over two years that the ban was imposed, but neither has the state government shown the political will, nor the business community, including the street side hawkers and vegetable vendors in implementing the ban. Plastic bags are not only used in gay abandon, but can also be seen clogging the drains and marring the beauty of the landscape.

Which brings the all important question despite there being no ban and being used freely, how come the plastic bags are not seen in the parks, streets and in the forests, an eye sore for visitors. The answer lies in perhaps the awareness of the citizens.

Almost every household has three garbage containers. One is for the recyclable, the other for plastic and non-biodegradable and the third for the trash that does not qualify under the other two heads. The garbage, including the plastic carry bags are duly dumped in the containers and not thrown out of windows on to the streets below.

Snow, rain or hail, the garbage containers are meticulously kept outside the doors of the house, and outside apartment buildings, in case one is living in an apartment, from where they are carried away by trucks. But there are neither second thoughts on the garbage or the plastic carry bags.

Reminds me back in Dehradun, the capital, vans go to various localities for collecting the garbage, but there are very few homes that dispose their garbage in an orderly manner and the vans are mostly going empty, while the garbage is thrown on the streets.

It finally appears that it is not important to have a ban, which is now being imposed in other states of India also, but the civic sense to sort out the garbage in the right garbage containers and ensure that they are carried away by the garbage trucks, rather than dumping them on the streets, particularly the plastic carry bags.