Reliable sources stated that Sanjay Sandhir, additional district and session judge Panchkula accepted the police argument for necessary custodial interrogation of the accused in the case and dismissed the anticipatory bail application. 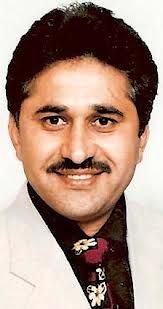 Ram Kumar Chaudhary was elected to state assembly here on a Congress ticket on December 20 when results were announced to the November 4 poll.

Police are on the lookout of Chaudhary in connection with murder of a Jyoti, a young girl from Hohiarpur, Punjab who was found dead in Panchkula on November 22.

Post mortem reports had pointed out a recent abortion and head injuries as the likely causes of the victims’ death.

Call details on the cell phone of the murder victim have led the police investigation to Chaudhary, who has been evading arrest ever since his name cropped up in the case.