New Delhi: The Delhi High Court today issued notices to the central government and Google India on a plea that videos of the controversial anti-Islam film “Innocence of Muslims” be removed from various sites, including YouTube. 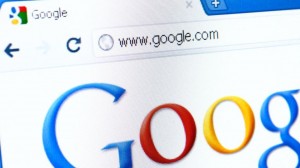 A division bench of Chief Justice D. Murugesan and Justice Rajiv Sahai Endlaw also issued notices to the commissioner of police as well as the ministries of information and broadcasting, home, corporate affairs, external affairs and minority affairs.

Asking the central government to come out with a permanent solution on the issue, the court posted the matter for Jan 23.

The petition filed by Maulana Mahmood Asad Madani, general secretary of the Jamiat Ulama-I-Hind (JUIH), sought the removal of the 13-minute clip from YouTube and other sites.

It alleged that the movie was made in the US and the filmmaker was backed by anti-Islam groups.

Delhi Police counsel Najmi Waziri told the court that police could not remove the video. However, taking suo motu cognisance, it had registered a first information report based on various complaints, and had also written many times to the government on the issue.

The FIR stated that “contents of these video clips (were) highly objectionable, malicious and intended to outrage religious feelings of the particular community by insulting its religious beliefs and these video clips may also lead to unrest and communal discord. It is a matter of judicial evidence that alleged contempt has already erupted in communal disharmony in many countries.”

Additional Solicitor General Rajiv Mehra told the court that the government acts upon complaints that come to it but it is “re-surfed by people again”. “But video can be permanently removed by Google Inc, parent company of Google India,” he said.

Senior advocate R.S. Suri, appearing for petitioner, cited the example of countries like Egypt, Iran, Afghanistan and Pakistan and said if the government could not direct the search engine to remove the video, “banning these sites may be the ultimate solution”.