Lucknow: The promise by the ruling Samajwadi Party (SP) to move a resolution in the Uttar Pradesh assembly during the budget session in February 2013 to give Muslims a quota in government jobs and educational institutions has stirred a political storm in the state. 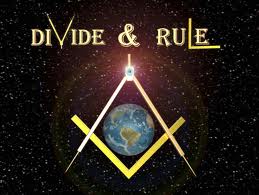 While the Bharatiya Janata Party (BJP) has threatened to launch a state-wide agitation against the move, many in the SP have aired their apprehensions over “such an overt minority appeasement move”.

SP general secretary Ram Gopal Yadav, the powerful cousin of party supreme Mulayam Singh Yadav, had earlier this week slammed the Congress-led United Progressive Alliance (UPA) government at the centre for not pushing the minority quota issue “enough”, and asserting that the state government would move the legislation on this in the assembly.

A constitutional amendment would be sought for creating the quotas, Yadav said.

The SP, many feel, wants the quotas for Muslims to counter arch-rival and Bahujan Samaj Party (BSP) chief Mayawati’s campaign for quotas and job promotions for the Scheduled Castes and Scheduled Tribes. Muslims comprise about 19 percent of the 200 million population of India’s most populous state.

With the SP aiming at a major haul of the state’s 80 seats in the 2014 Lok Sabha polls, insiders say, the party is crafting an action plan which would be seen as “extremely pro and caring for Muslims”. Many also feel this was the SP central leadership’s way of offsetting the damage to the party that the Shahi Imam of Delhi’s Jama Masjid, Syed Ahmed Bukhari, is hell bent on causing.

Bukhari, who campaigned extensively for the SP in the 2012 assembly polls, has now fallen out with the ruling dispensation, largely because of his bitter relationship with Urban Development Minister Mohammad Azam Khan, who has not missed a chance to take on Bukhari.

On his part, Bukhari says the SP is not serious about reservations for Muslims. “The SP government is cheating the minorities with its double speak”, he said, accusing Mulayam Singh of sidelining the Muslims.

“With his vehement opposition to the SC/ST job quota in parliament, Mr. Yadav has made it clear that his focus in the coming days would veer around the upper castes and so the Muslim voters be damned,” he fumed.

While SP leaders admit that the stand might lead to polarization on community lines in the state, they point out that any such eventuality would only end up helping the party in the general elections.

BJP spokesman Vijay Bahadur Pathak said that the Samajwadi Party was trying to divide the state on caste and community lines. “It is good to have a majority but one should not become reckless,” he said, while pointing out that then chief minister Mayawati had moved a resolution to divide the state into four.