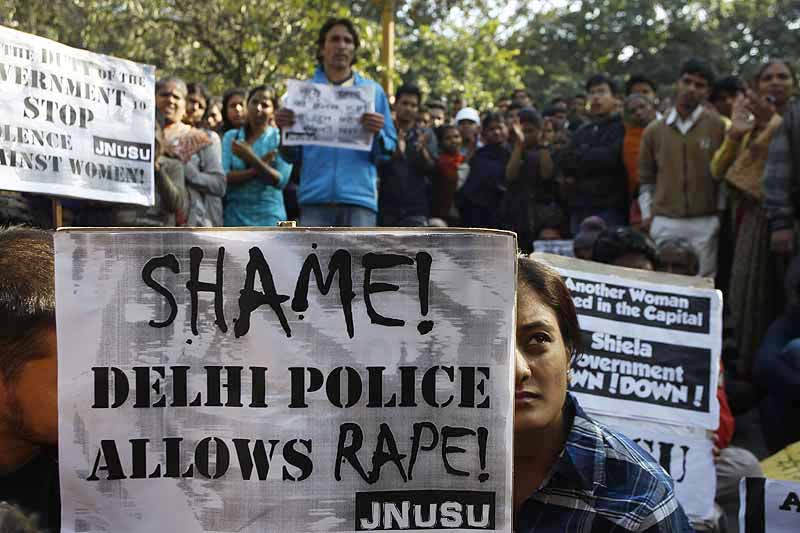 The protesters belonged to more than 20 women’s groups as well as others who massed outside the building in the city centre, blocking traffic on an otherwise busy road.

The protest followed the gang-rape of a 23-year-old woman in a bus Sunday night.

“We want Delhi Police to follow a set of procedures and guidelines as conviction rates are very low when it comes to rape,” complained Sudha Sundar Raman of the All India Democratic Women’s Association (AIDWA).

“There is also an urgent need to set up fast track courts to deal with rape cases,” she said. “Such cases should be investigated and a judgment pronounced within six months.”

Some of the women demanded that police should step up patrolling, especially at night.

Some women held placards and raised slogans condemning the large numbers of rapes in the capital.

Hundreds of policemen virtually barricaded the building. The women said they would not budge until they met Delhi Police Commissioner Neeraj Kumar.